Iran Invited to Next Round of Syria Talks 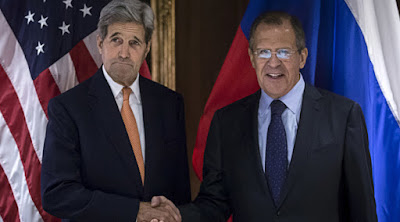 Iran will be invited to join a multinational conference on Syria, State Department confirmed today. The talks will draw together the U.S., Russia and several European and Middle Eastern countries. The final list of attendees has not been announced yet.

U.S., Russia, Turkey and Saudi Arabia participated in the first round of talks last Friday. The next round, featuring Iran and other Arab and European countries, will be held on Friday in Vienna.

Or the nuclear deal.