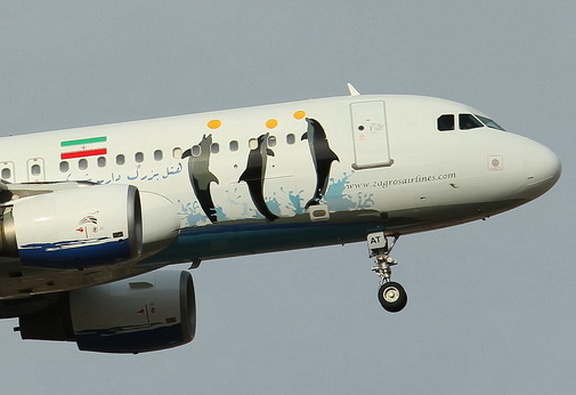 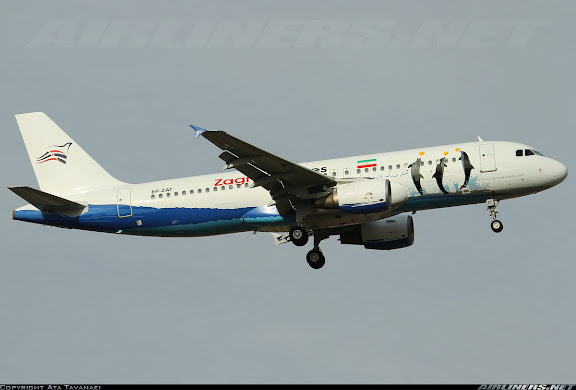 This aircraft's new livery reference of "Dolphin Park" is an interesting one. According to UntoldIran.com:


Dolphin Park or Dolphinarium located in Kish island is the first dolphin park in Iran.

The huge recreational and tourist complex with 100 hectares area is located in the southeast of the island. The complex includes green space with a variety of different species of plants, bird garden, and the first and the only Dolphinarium in Iran. In this complex, different species of marine mammals, including dolphins, northern sea lion, southern sea lion, northern sea cat, dolphin and penguin are kept and tourists can watch their master strokes of those trained by Iranian instructors. A total of 21 marine mammals are kept in pools with a volume of 18,000 cubic meters filled with sea water.

The green space of Dolphin Park has more than one hundred plant species including thousands of palm trees, very large Benjamins, Hornbeam (Lur) trees (banyan), Eucalyptus, Acacia, Myrtle, Prosopis cineraria, Marshmallow, Callistemon, Tecoma ,Conocarpus, Junipers and more than 25 species of cactus and other plants that is unique in its kind considering the climatic conditions of the island and its coral soil.

In the bird garden more than 50 species of various birds like pelicans, ostriches, parrots of Macau, peacocks, various types of stork, toucan, tauraco, swan and other types of aquatic animals like crocodile are kept from all around the world. Due to the proper environment these animals can breed and live naturally. 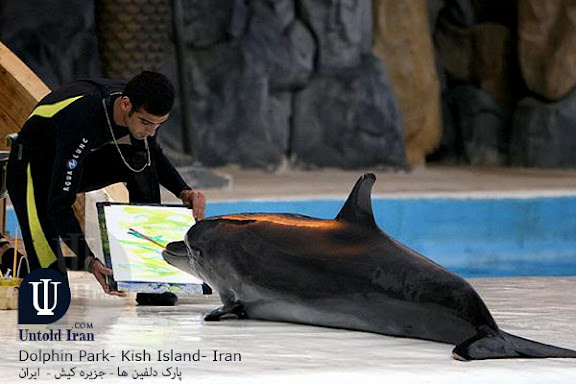 Dolphin performance with touchscreen at Dolphin Park on Kish Island 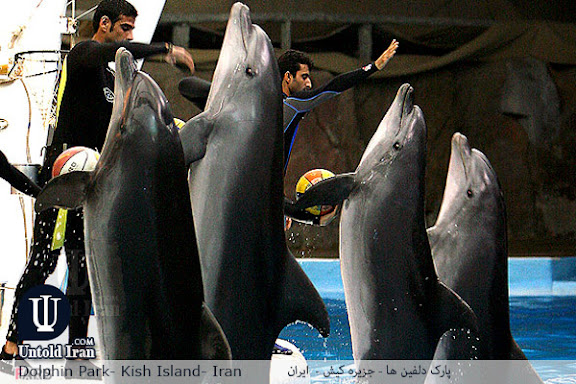 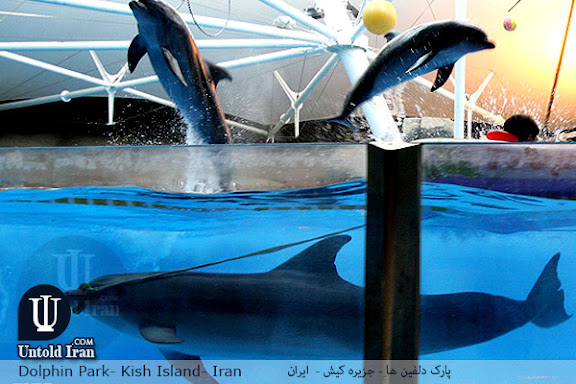 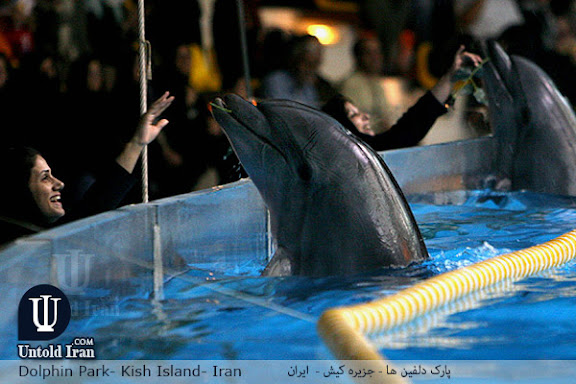 Spectator interaction with dolphins at Dolphin Park on Kish Island 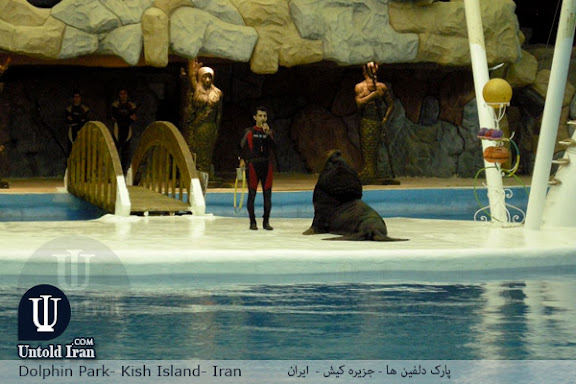 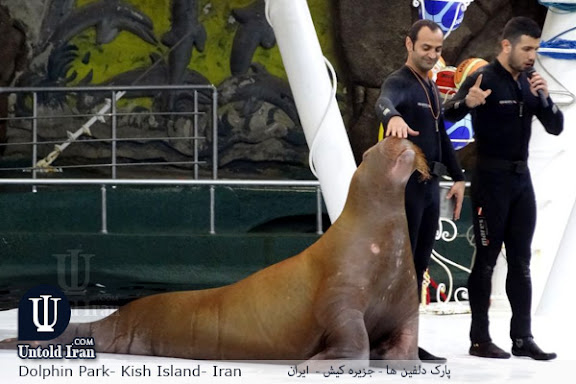