Syria and Fight against ISIL on Top of Agenda 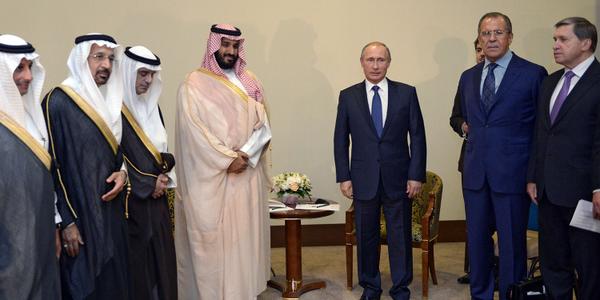 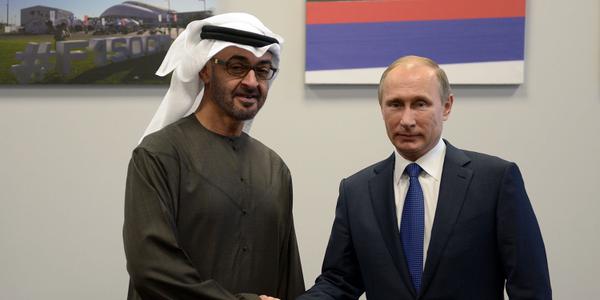 Russia is playing a clever game Seyyed Ali should learn from Putin....He has met all his adversaries Obama, Arabs, Netinyahu not a single one have tried to penetrate (noofooz) Russia! and Putin is as strong (eghtedar) az ever....if pasdars and Khamenei stop taking hashish and taryak and observe the situation and plan accordingly Iran will be strong again rather than just Russian stooge.

The vocal Wahabi (not Sunni) Saudi FM's eyes is downward before Putin, as all of its calculations to invade Syria under pretext of Arab league has been failed.After extensive Russian air strikes,now Saudi better understand, world is not unipolar, they have nothing to harm Russian except supply of TOW anti tank rockets to ISIS and other Wahabi terrorists to harm Syrians tanks.
Wahabi Saudi should evaluate its own aggression and genocide committed against innocent civilians of Yemen under the pretext war against Houties before talking of peace at any International forum.
Wahabi Saudi must change their Wahabi ideology(Fabricated Islam) to real Islam of peace and coexistence will all communities.
The time has come for every country to investigate the Ultra Islamic group activities, they will find all roots of financing lead toward Wahabi Saudi Arabia, many countries even knew this fact but not revealed , these countries think that Wahabi Saudi Arabia is leader of Muslim world and oil power, But it is NO WAY a truth, Wahabi Saudi Islam have nothing to do with REAL ISLAM of peace instead of that they proliferates BLOOD SHED on the name of Islam with different name i.e. ISIS, Boko Haram, Al Qaida etc. across the globe. Now time to squeeze Wahabi Saudi Arabia for its enormous wrong doings on the name of Isalm to disfigure real Islam.
Rizvi/India

Sir ! with Due respect i don't get You !.-would you please come forward clearly ? -thanks.

Rizvi, sloganeering aside, why do you think the Russians are meeting with the UAE and KSA leaders to discuss Syria and the fight against ISIL? If all you propagated were true, Putin must have knowledge of them too. Don't you think the situation in the region is much more complex to be explained in anti-Wahabi and other sectarian slogans?

No I think the situation is very simple:
How can Russia and US destroy the terrorists but not completely in order to keep the tension and keep the heat and as such maximize the sales of arms to all side :-)
Instead of going to Russia...these guys could have sent a delegate to Iran to reduce tension...but they love to spend the oil money on toys...so they go to Russia!

Diplomacy means talking with your adversaries and finding common ground using a transactional approach and dealing with friends and citizens in a transformational way....Well as far as the enemies are concerned all they are doing is making threats they cant possibly carry out (rajaz) and as far as friends are concerned look at how president Khatami Rafsanjani Zarif and Salehi are treated...alienating people is not a sign of eghtedar it leads to kheffat in the long run look at Sardar Ghazzafi and Saddam Hussain an Idi Amin and.....

The Saudi Deputy Crown Prince Mohammad bin Salman is reported to have told President Putin during the meeting that Moscow's military intervention in Syria will have "dangerous consequences," and will inspire militants from around the world to join in. "The Russian intervention in Syria will engage them in a sectarian war," he is reported as saying.

No reports yet on Putin's meeting with UAE Crown Prince Mohammed bin Zayed. And not certain if the two countries see eye-to-eye when it comes to the Russian involvement in Syria.

Nader, There is NO sloganeering, Saudi & UAE have no other choice except to talk Putin,try to convince their view point to stop air Russian air strikes and to remind big contract with Russia yet to materialize.
It is always a political fact what ever acknowledged to media after close door meeting, never coincided what ever discussed in closed door but merely reflects a lead of discussion done. The Syria was the only issue with Saudi/UAE, as Russian bombed Wahabi terrorists across Syria i.e. Al Nusra, ISIS, Ahrar Sham etc.
Many says Iran failed in Syria to protect Syrian regime of Damascus and only control 25% of total country area this view is only to down played Iran power (which is eye throne in Wahabi Arab states), But critics always forgot, if Iran was not step in time , the Damascus fall was imminent three years ago. Russians step in when Iran saved Damascus for four and half years, its all a string of political quagmire and as of now Wahabi Arab states feel pitted with no option against Russia.
Rizvi/India

I think Mohammad Salman is there to get assurance Jeysho Al Fath and Free army unharmed. Despite last time when they went with threats they went this time with incentives. Promis eof higher oil price by end of the year and less trouble in Chechen and Daghsitan regions, if the Russians cool down on Free Army or Jeysh ol Fath bombardment.
In response Russia gave a mix signal afterwards, first Lavrov said that the Free Army will be spared and then he said we only wan to strengthen the Syrian government. In other words their response to Saudis were, you may not get your way if you proceed with regime change and the only way is to sit down all sides for diplomacy. Saudis still think they can turn the tide and suffer an Afghanistan blow to Russians but I doubt they succeed. Obama hasn't done his move yet. The halt of Free Army training was a reorganization. We have to see if they agree with Saudis and increase the support and pressure , short of a war or not. Russia is doing all remotely with less harm to himself. The only drain is the cost of the bombardment for Russia and I think that is taken care of by Iran and Syria. At the moment the PR campaign on this war is in Russia's favor so USA is playing low and behind the scene. There needs to bean incident to turn the tide in favor of Saudi and US. We also have to see if Iran has gone full force in or not. It would be foolish if not. The ground victories will define if this momentarily change in the policies will stick.