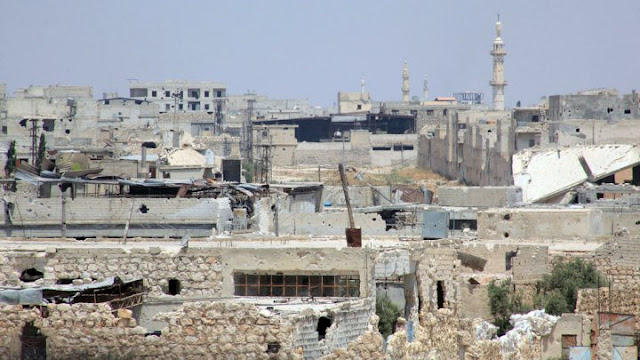 Russian-supported offensive by the Syrian army and its militia backed by the Quds Force and IRGC troops, the Hezbollah and other foreign Shia fighters began on Friday to retake territory around Aleppo, Syria’s largest city, Reuters reported.

The Aleppo campaign is concentrated so far to clear rebel areas south of Aleppo. The city itself, which is home to 2 million people, is divided between government forces and rebels. The Syrian Observatory for Human Rights said the coalition had captured three villages amid fierce fighting. Coalition troops are also attempting to advance to the east of Aleppo towards Kweires military airport to break a siege on the base. (Reuters, 17 October)

Hezbollah’s Al-Manar TV said the army captured the village of Huwaija on the way to Kweires. The Observatory said intense fighting in Huwaija and several other villages nearby is taking place.