Major Shift in Strategy from Advisers to Boots on the Ground 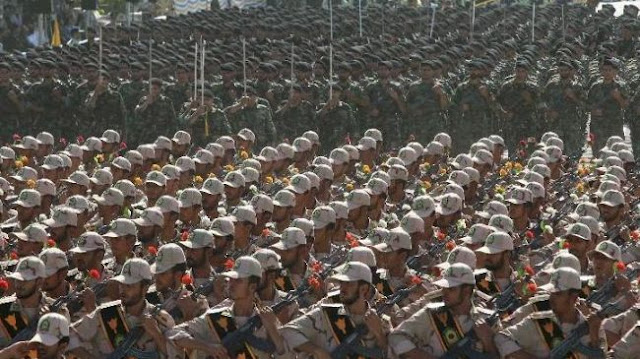 Iran has sent 1,500 troop into northern and central Syria in the first such deployment in the country’s civil war, the Associated Press reported on Wednesday. The Guardian, quoting western diplomats, reports up to 2,000 Iranian ground forces are deployed. This is a major shift in Iranian strategy in Syria from a small advisory footprint to boots on the ground.

AP said the Iranian troop, assumed to be IRGC Ground Force, will join the Syrian security forces and fighters from the Hezbollah and other foreign Shia militia groups to launch new offensives against the opposition backed by Russian air power. Russia began its airstrikes in Syria on 30 September.

AP added that the Iranian troops began arriving in Syria about two weeks ago, after the Russian airstrikes began, and have accelerated in recent days. They were arriving at Damascus airport and transported to a military base in the coastal town of Latakia from where they were deployed on the ground, mainly in the northern provinces of Idlib and Aleppo. (AP, 14 October)

NBC quoted senior U.S. defense and military officials on Wednesday as saying a large number of Iranian ground forces and Hezbollah fighters are positioning themselves for a major assault in Aleppo, Syria's largest city. The officials said the operation is being coordinated by the Russians who would airstrikes in support of the Syrian army, Iranian and Hezbollah forces against rebels and militant fighters who control large sections of Aleppo. (NBC News, 14 October)

AP also quoted an informed source that the Iranian troops are building up for a huge offensive against insurgents in Aleppo province in the coming days.

In the past week, three senior Iranian generals were killed in action in Syria.

Good idea.Send all IRGC and basiji units into Syria.

You didn't get it,did you? Let me spell it out to you.Send what ever IRGC and basiji units that are still in Iran into Syria so that they can obtain their ultimate desire.

Syrian forces need to take the lead in any upcoming operations such as liberating Aleppo and Idlib from takfiis .It's true that pro government forces don't have the numbers on their side ,and they need to be trained in asymmetric warfare to fight against tafiri terrorism and insurgency .

The regime has successfully managed to throwback Iran's army to the early 1950s.