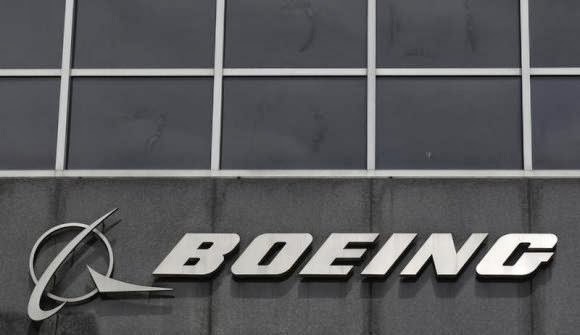 Reuters reported today that American aerospace giant Boeing and engine maker GE have applied for export licenses to Iran to sell airliner parts during the six month window allowed under the Joint Plant of Action (JPOA) agreement signed in November by Iran and world powers. The sales, if they go through, would be the first for the two leading manufacturers since 1979.

A GE spokesman told Reuters that the company’s request to provide Iran with parts and maintenance for engines is for safety reasons only.

“We don't want to make a penny on it. It's entirely for flight safety," said Rick Kenned, the GE spokesman, adding that GE would donate any proceeds to charity. (Reuters, 21 February)

A senior Iranian official told Reuters in November that Iran could require between 250 and 400 jets if and when sanctions are lifted completely.

Iran says the sanctions have prevented it from renewing its fleet, forcing it to use sub-standard Russian aircraft and to patch up jets that have long since exceeded their normal years of service.

I thought the regime has made Iran "self sufficient"? Why all the excitement over some US made spare parts? It just proves the regime has been taking us for a very long ride.

Good news for Iranian civil carriers flying Boeing and Airbus aircraft, not to mention their passengers, in terms of safety.

Just one example of many:

Shame on them for wanting to share American and Western ingenuity with a "Death to America" terrorist regime.

Typical Love and Hate relationship of a superpower. We hate the way you use your power to stay a superpower in the world, but we love all the technology and the tools.

yes, having competent people supply their manufactured items to the poor Iranians flying in the old and unsafe airplanes that their government can barely keep in the air would be good for the Iranian people.

on the other hand, fanboys and apologists like to publish thousand of pictures glorifying bus stations and shopping malls and pretend that Iranians aren't being driven backwards by the ignorant, dishonest and incompetent priests running Iran's government.

Someone said;
- they will sell us a rope,and we will hang them on that (rope).

why someone can not be against american politics and buy at the same time parts or even hole airplanes from a company that belongs to this country.
We should also not use the same sun because they used it also what? Or americans should not use Safran or pistachios....That makes no sense my dear...

Building shopping malls schools and medial care centers are good processes. Many 1st world countrys order at Boeing or Airbus. And for Turbines there are also just a few in the world. First get knowlege and then talk about any fanboys...

There must be a typo in the author's post - it's highly improbable that Iran would place an order for 250 to 400 newly constructed passenger planes, the price would be astronomical for one not to mention Iran's inability to set-up and run a proper maintenance schedule for them all since they don't have enough trained personell and not enough facilities to house them.

and you really should buy aircraft parts from people who know what they're doing rather than call them names or pretend that iran can produce parts that are as good or pretend that Iran can build their own aircraft or aircraft engines.

and I am no fan of the late Shah or his father.

Anon 4:16 PM
Rather be a "Shah fanboy" than a "fanboy" of hypocritcal low life Akhoonds who lies,steals,imprisons,rapes,tortures and murders in the name of god.

And one more thing "my dear" "fanboy",things don't work like your Akhoonds in their madresehs taught you to go and spit on someone and expect to be their friends as if nothing had happened. Meaning you can't go and say "death to America" and its allies and expect to be treated fairly.