The US has said it is "seeking clarification" over a report that Iraq has signed a deal with Iran to buy arms in violation of a UN embargo.

State department spokeswoman Jen Psaki said that if the $195m (£117m) deal for weapons and ammunition was confirmed, it "would raise serious concerns".

A spokesman for Iraq's prime minister neither confirmed nor denied the deal.

However, he said it would be understandable given Iraq's security troubles, which have seen al-Qaeda-aligned militants step up sectarian attacks and take control of parts of the cities of Ramadi and Falluja.

"We are launching a war against terrorism and we want to win this war. Nothing prevents us from buying arms and ammunition from any party and it's only ammunition helping us to fight terrorists," Ali Moussawi added.

Iran's ambassador in Baghdad, Hasan Danaifar, told the Mehr news agency on Tuesday that no arms deal had been signed.

Ms Psaki said the US had provided more than $15bn (£9bn) in military and security equipment, services and training.

"We certainly view the government of Iraq as a partner in the fight against terrorism and we're committed to supporting them," Ms Psaki added.

This may or may not be a case of Iraq again leveraging relations with Iran, in its dealings with the United States. For some time now, the Iraqis have been insisting on expedited arms deliveries from the United States. Whether this form of leverage will work this time around has yet to be seen.

That said, in the event of strengthened defense ties betwen Iraq and Iran, the Iranians do possess a level of battlefield observation and applied experiences in the Syrian conflict, against same or similar foes opposing Iraq. As a result of this, the IRGC-QF has developed and employed armor/infantry tactics for the urban battlefield, SF night operations, heliborne operations, UAV deployments and more. The Iraqis might possibly be interested in such, seeing potential compatability for Iraqi Security Forces (ISF) currently engaging ISIS/ISIL forces.

Additionally, as a result of Iran's experiences during the Iran-Iraq War where it was the focus of a restrictive arms embargo, the Iranians have sought and developed a level of self-sufficiency in the field of arms manufacture and servicing. Iran currently manufactures ammunition and service parts for its heavy weapon types, as well as manufacturing small arms, rockets, electronics and more. It is this level of Iranian self-sufficiency of arms certain elements of the Iraqi government are apparently signalling an intent or potential intent of tapping into.


Below are examples of commonality for Iranian/Iraqi weapon and military equipment types: 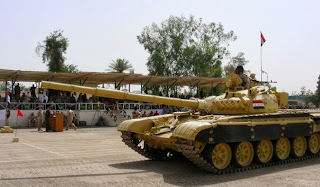 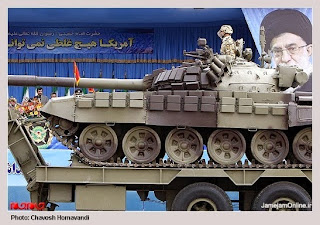 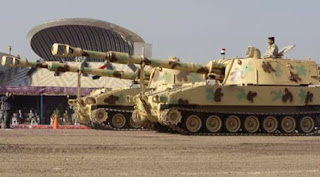 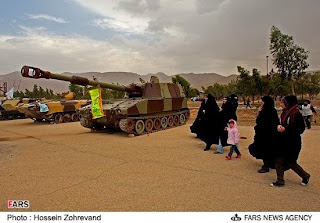 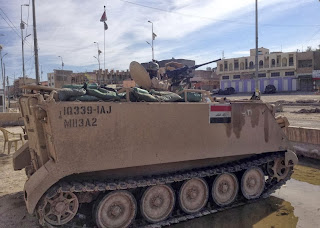 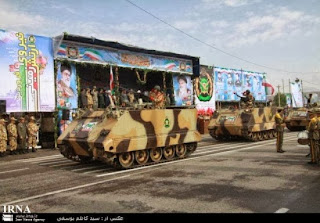 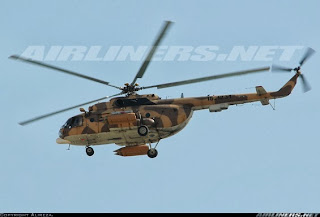 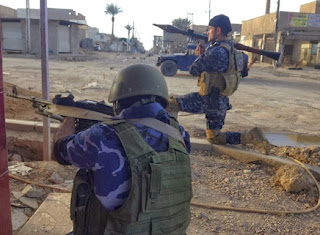 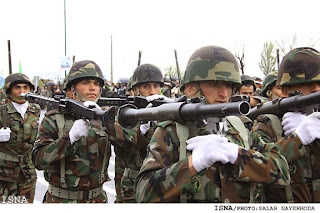 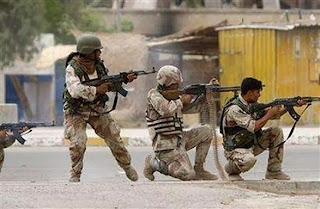 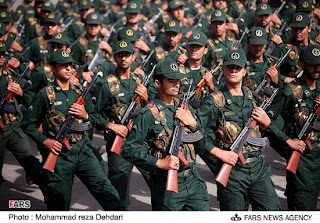 Thanks a lot for this one!, no where could one easily get this comparison and display of the commonality of the two countries weapons and equipments!.

you are on a very noble cause with your work -and i believe you taking this blog to a new level.

News agencies report tonight that Iraqi Ministry of Defense has denied Iran arms deal, probably under U.S. pressure, arguing that such deal would be in violation of international (including UN) sanctions.

Iraqi MoD has reportedly said: “A variety of international firms had sought to supply Iraq with ammunition and night vision equipment, including one company from Iran. But contrary to media reports, no contract was signed with the Iranian company.”

Yet another twist in the story! I believe your suspicion was correct, the Iraqis may have been leveraging an arms contract with Iran in its dealing with the U.S.

if there was a price on bull talk this BMA would have been a miollionaire by now!

Shows how simple it is for Islamists to pursue their agenda by effortlessly controlling the main Iraqi highway leading into Syria.