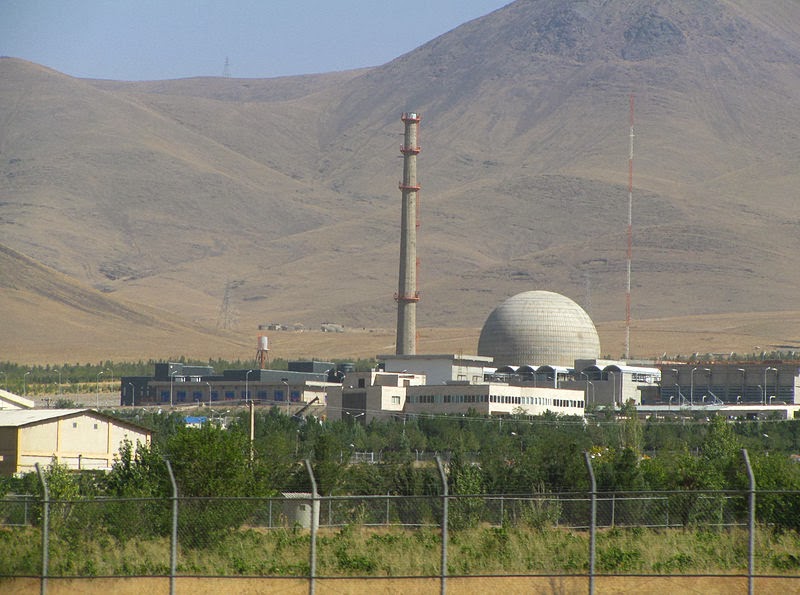 Iran will not give up the future use of advanced IR-2M centrifuges and its heavy water Arak reactor as part of any long-term comprehensive agreement with the world powers, said Hamid Baeedinejad, a member of Iran’s nuclear negotiating team. (IRNA, 16 February)

Under the 24 November Geneva agreement, in force for six months, Iran has stopped construction activities to complete its Arak reactor and has agreed not to replace the older IR-1 centrifuges with the advanced machines.

If the completion and operationalization of Arak and the future use of the new centrifuges are Iran’s non-negotiable demands, as suggested by Baeedinejad, they could become obstacles to strike a final and comprehensive deal with the world powers at talks that will begin later this week in Vienna. It is also not clear why Iran accepted those limits in the interim Geneva agreement, if it does not accept them in any final deal.

Because those limits are for 6 months and not forever.

In his news conference, Baeedinejad was suggesting that Arak and the new centrifuges were non-negotiable, kind of red lines for Iran. A non-negotiable, red line principle does not accept even a temporary suspension. So the question remains.

Alternatively, Baeedinejad could have been trying to send a trial balloon, to see the Western reaction. A kind of maximum position before the negotiations begin.

The American position on JPA and Arak construction is "nuclear fuel production, reactor work, testing, and control systems advances ... are among the barred activities" but that road or building work is allowed.

Iran's posture is to demonstrate that its nuclear program is peaceful. It is highly unlikely they will agree with a rollback. However there have been suggestions by Salehi that include modification of design at Arak and further monitoring regimes.

The answer is simple to break the sanction regime and make differences between P5+1 to surface, very smart move by Iran

I certainly hope that the Iranian negotiators do not count on breaking P5+1 unity on Arak. The Iranians are too smart to believe that Arak is an issue that can divide the P5+1.

The new centrifuges, however, is an easier issue to handle, and Iran and P5+1 can very likely strike a deal on the use of IR-2M with a limit on the output of 3.5% enriched uranium. Very tough negotiations ahead for both sides.

Arak will not become operational under full Iranian control. It'll either be fully open to inspectors and fully monitored or there will be no end to sanctions and Arak may well meet with a work accident.

Iran has developed a pretty sophisticated nuclear infrastructure since the past 2 decades that no government can roll-back and survive. I agree the negotiations will be tough but Iran should have a few red lines.