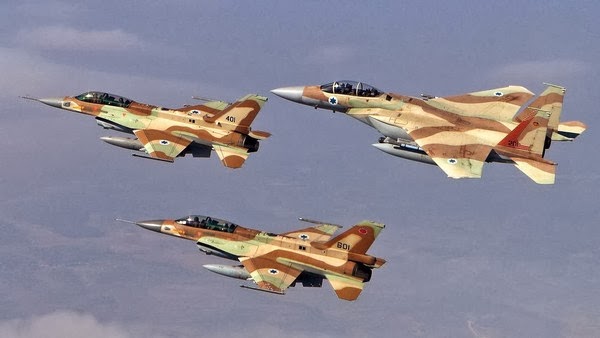 Israeli jet fighters struck targets late tonight near the Lebanese-Syrian border, but there were conflicting reports about whether the areas hit were on Syrian or Lebanese soil, LA Times reported.

The official Lebanese news agency said Israeli warplanes “launched two raids” in a mountainous area in the vicinity of the Lebanese village of Nabi Sheet.

“They hit the Hezbollah military base on the border with us,” said an eyewitness associated with the Syrian opposition in the Syrian town of Sarghaya. “The town was lit up (by the blast).” (LA Times, 24 February)

Some news reports indicated that the strikes Monday targeted Hezbollah strongholds along the Lebanese-Syrian border in the Bekaa Valley.

"Israeli arms dealers tried to send spare parts for F-4 Phantom aircraft via Greece to Iran in violation of an arms embargo".

So much for the long touted "self-sufficiency"...

So the disillusioned Mullahs are dependent on "Little satan" for sending parts for their air defense fighter...just hilarious!!!

Why do these clowns use American designed & manufactured machines if they despise us that much? Is it that hard to get get machines with "Made In China" stickers on them.