Iran Warns Against Interference in Syria – By Others 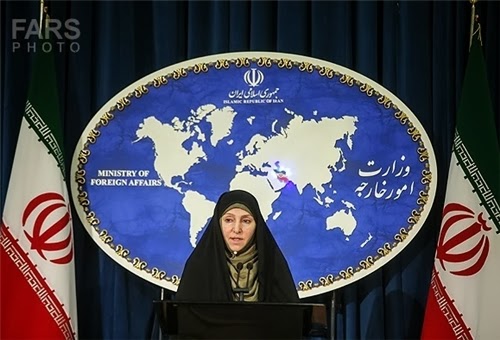 Iranian Foreign Ministry Spokeswoman Marziyeh Afkham today warned against the “dire consequences of arms shipment to insurgents in Syria,” and called on the western powers and their regional allies to “stop meddling in the country's internal affairs.” (Fars News Agency, 25 February)

Fars News added its own analysis to Afgham’s warning: “The unrest, which took in terrorist groups from across Europe, the Middle-East and North Africa, has transpired as one of the bloodiest conflicts in recent history.”

Iran’s IRGC-Quds Force has also organized and deployed armed groups of foreign Shia militias, mainly Iraqis but also from other countries including Afghans, in the Syrian civilian war; this in addition to large military intervention by the Lebanese Hezbollah. The Quds Force itself has a significant presence in Syria and advises and at times lead military operations of pro-Assad forces. It also regularly supplies Assad’s government with arms, including missiles, and crude oil, to maintain Assad’s ability to stay in power.

Iran’s critical role in the Syrian civil war was not mentioned by Ms. Afkham today. Apparently the Iranian government does not regard Quds Force operations in Syria as “meddling in the country’s internal affairs.”

So according to this penguin it's alright for Islamic regime to be the only one to meddle in Syria's internal affairs.