Ambassadors Will Be Reinstated 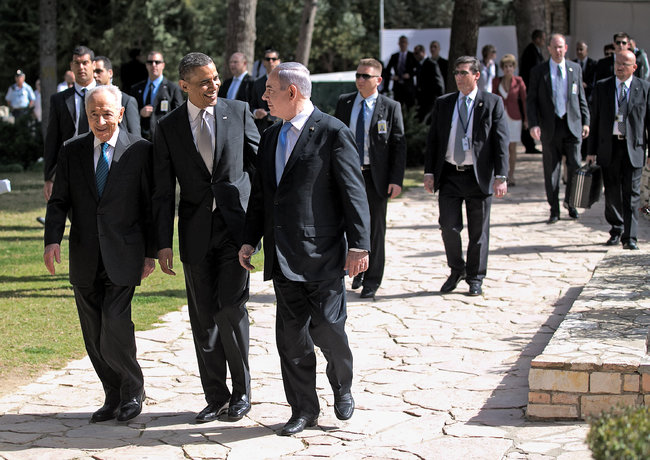 Israel and Turkey restored full diplomatic ties today after Israeli Prime Minister Benjamin Netanyahu apologized in a personal phone call to Turkey’s Prime Minister Recep Tayyip Erdogan for a deadly commando raid on a Turkish ship in 2010. The sudden reconciliation between the two countries was brokered by President Barack Obama during his visit to Jerusalem. Obama joined the phone conversation between Netanyahu and Erdogan and later welcomed the restoration of ties.

“The United States deeply values our relationships with both Turkey and Israel, and we attach great importance to the restoration of positive relations between them, in order to advance regional peace and security.” (The New York Times, 22 March)

In the call, which lasted 10 minutes, Mr. Netanyahu expressed regret for the raid, which took place as Israeli troops were enforcing a naval embargo on Gaza. Premier Erdogan accepted Israel’s apology. Later today, officials in Israel and Turkey announced that full diplomatic relations had been fully restored and that ambassadors would be reinstated. (NYT)

So much for Erdogan's barking.

The full restoration of ties between Israel and Turkey is a development as was totally unexpected. Obama scored a victory here. The move will have profound effects on the politics and relations in the region.

It should have read: The full restoration of ties between Israel and Turkey is a huge development and was totally unexpected. Obama scored a victory here. The move will have profound effects on the politics and relations in the region.

It discredit Ordogan in eyes of Arab streets.This is a hint that they gave up on Syria

maybe you've not been paying attention for the last year or so, but Erdogan gave up on preserving the Assad dictatorship back then and has been in the forefront of supporting the overthrow of the slimy police state that the Assads have been running since then.

Well, it's certainly not going as planned...not working very well at all...

Accordingly, back to the original religious manuscripts, these, the so-called israelis, which were once, 'God's chosen people' and now, 'God's most condemned nation', would never ever regret upon all its past, present and future's evil deeds but instead, very proud, arrogant and boastful for what had been done to humankind across the globe since its early existence long before Christ came to earth. The restoration of full relations with Turkey is definitely, merely due to no other than what is called 'desperation'. It is sad to see that the U.S.'s leaders have been made fool as the life-term slaves to the world's most evil nation of ISRAEL. And that's what israel indeed is.

AS we all hail this diplomatic victory -HERE IS THE BEGGING QUESTION-did the US president say something consoling to the humanitarian situation in the GAZA STRIP?.

" Well, it's certainly not going as planned...not working very well at all..."

it's working quite well and the Assads have lost control of Syria and will not live in Syria for more than a few more months.