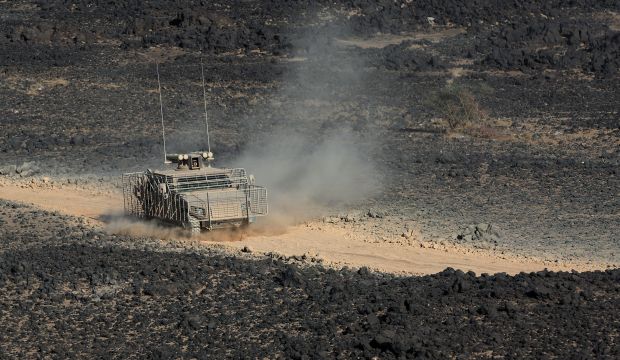 Saudi/UAE-led Popular Resistance forces claimed to have made strategic gains in eastern Mareb on Friday after fierce battles in Nakhla area in the oil-rich province with Houthi and pro-Saleh forces, Asharq Al-Awasat reported today.

“Fighting continued for more than three hours and different types of heavy weapons were employed in addition to aerial bombardment,” a source told the Pan-Arab newspaper.

AFP today also quoted a coalition official as saying that the offensive in Mareb province is making “slow but steady” progress.

Meanwhile, Saudi-led coalition intensified air raids on Sanaa on Friday, hitting a Republican Guard base and a military depot in south and west of capital.

slw and stready progres = they are stranded

The ground reality is that despite 8 months of waging war on the poorest Arab country, and indiscriminate bombings of civilians that has killed over 8,000 Yemenis, the Saudi and Emirati mercenaries can not proceed beyond Marib as ambushes and Kornets have taken a very heavy tool. There is no way on earth the Saudis can "win" in Yemen. It is destined to be a humiliating quagmire.

This is true in current regional conflicts. In Syria, after 4.5 years of war, the Syrian army supported by the Quds Force, the Hezbollah and other foreign Shia militias (you probably call them mercenaries) could not defeat militant forces, in fact the regime and all its foreign supporters are still losing ground and needed the Russian intervention to hold on to what they have. Iraq is in as bad a situation. These types of wars could develop in stalemate by their nature, a factor not paid much attention to when they are started.

Exactly, modern cheap and proliferating anti-armor and anti-craft weaponry is a great equalizer. The Americans learnt that in Vietnam and did not soak in the lesson, and Russian faced that in Vietnam and obviously are a bit more cautious. The Saudis bought $100 billion worth of fancy deadly toys from the west, but could not train an effective army or motivated army and now are stuck. Unless, a country intends to mobilize millions of boots for a ground occupation like the Germans did in WW2, but still lost, there are no "winners" in modern asymmetrical wars, especially against determined foes like the Zaidis, Afghans or Hezbollah. It was the arrogant and brash Saudi king's son, lacking any military knowledge or experience, who is largely responsible for the Yemeni quagmire.