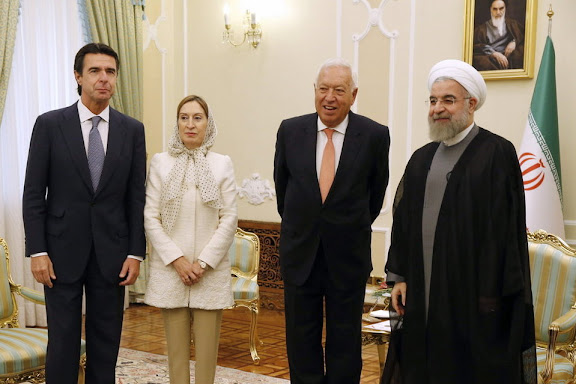 On 06SEP15 Spain’s Foreign Minister José Manuel García-Margallo arrived in Tehran for a 3-day visit. Margallo, who was accompanied by a 70-member delegation, held separate meetings with Iran’s President Hassan Rouhani and Foreign Minister Mohammad Javad Zarif. During the meetings, the Spanish official discussed a wide range of issues including bilateral ties between the two countries and ongoing crisis in the Middle East. [Source: PressTV] 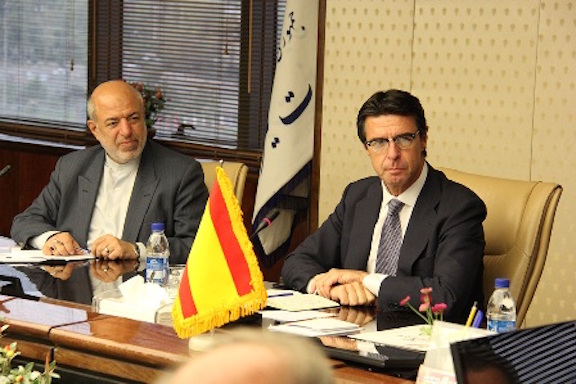 
Spain reached an agreement with Iran to ship natural gas from Iran to Europe following the release of sanctions against the country. Iranian authorities and an economic trade delegation of some 70 Spanish companies, including Repsol (ticker: REP) accompanied by government officials, visited Tehran Monday to discuss the details.

“In the meeting we explained Iran’s facilities and programs for development of oil, gas and petrochemical industries to the Spanish companies and they expressed their interest to cooperate in these fields,” Zanganeh said. “It was emphasized in the meeting that Iranian and Spanish companies should continue their relations and the Spanish government needs to set the grounds for the presence of their companies in Iran,” he continued. 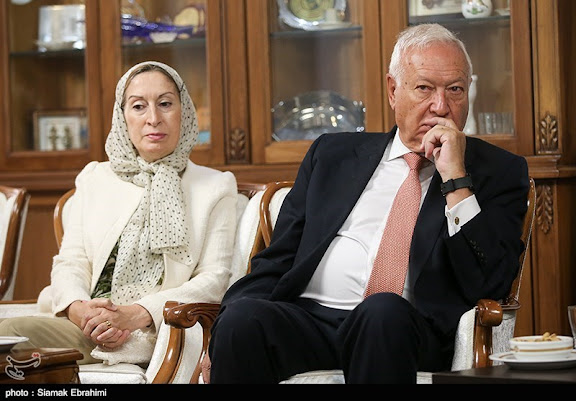 According to Latin American Herald Tribune:


Spanish Minister of Public Works and Transport Ana Pastor announced that Spain and Iran will sign “in the shortest time possible,” a new transport agreement, which is expected to link Tehran with Madrid and Barcelona through direct flights, adding that two Iranian organizations and a Spanish airliner have already shown interest.

She explained that the civil aviation authorities have already agreed to open the way for the signing of the new transport agreement as soon as possible, under which direct flights between the two countries will be resumed, whether passenger flights or cargo.

There are two Iranian companies and a Spanish firm interested in carrying out these direct flights to foster the strengthening of economic, cultural and social relations between the two countries, according to Pastor.

COMMENTARY: Likely the two Iranian carriers are Iran Air and Mahan Air, while the Spanish carrier could be Iberia Airlines, which currently flies non-direct flights to Tehran. Mahan Air has been expanding its service to Europe, which includes A346 aircraft recently acquired with Iraqi assistance. 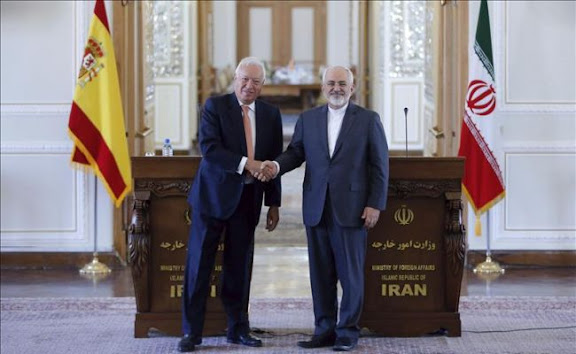 
Speaking at a joint press conference with his Iranian counterpart Mohammad Javad Zarif in Tehran on Monday, Spanish Foreign Minister Jose Manuel Garcia Margallo hailed the JCPOA, saying his country is considering cooperation with Iran on all fronts.

Zarif touched upon his meeting earlier in the day with the Spanish foreign minister, and said a whole range of issues were brought up for discussion during the talks. “I had different political and regional discussions with the Spanish foreign minister, and we [also] talked about a railroad, transportation and economic infrastructure,” said Zarif in the press briefing.

Among other issues discussed, said the Iranian foreign minister, were human rights and refugees’ rights as well as the situation in Iraq, Syria and Afghanistan plus the Yemen crisis. He said they also discussed regional threats which, as Zarif added, have resulted in security threats and the recent refugee crisis.

COMMENTARY: There is little doubt that since the signing of JCPOA the Iranian foreign ministry is the busiest in the region. It may even be said to possess the region's diplomatic center of gravity. 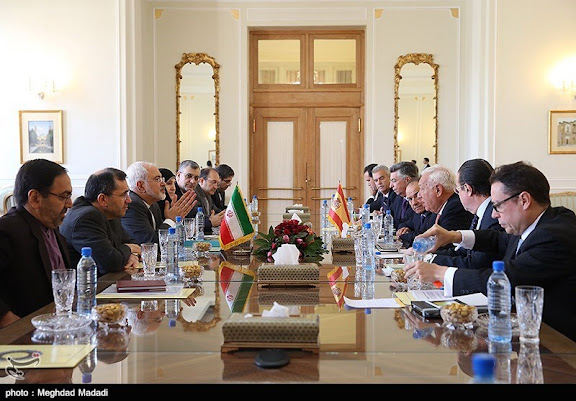 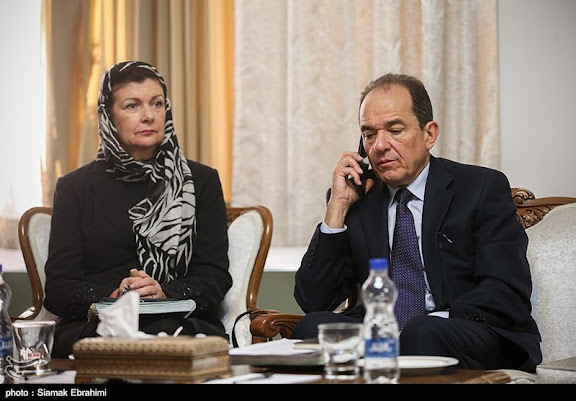 Photos: Mehgdad Madadi and Siamak Ebrahimi at Tasnim News Agency
Posted by Mark Pyruz at 2:56 AM

Anti-Iran war hawk from WINEP Patrick Clawson lost a tug-of-war in spectacular fashion with a Code Pink protestor, at Cheney’s speech two days ago at AEI. Below are two amusing pieces on the incident:

very interesting like Austrian President, the foreign ministers traveling with their Wifes.
I donot know the Reason maybe they want to visit Isfahan which is touristik very nice but they have to keep the Hijab

Your second picture depicts industry minister and not oil!

why are these countries rushing to sign commercial deals with Iran ? With its badly mismanaged economy and medieval theocracy , Iran is hardly an ideal partner for Europe .Nor Europe can provide a type of leadership to anchor Iran politically ( just look how after decades of engagement ., Turkey has been reduced to a haven for jihadi terrorists who hold European passports and commit atrocities in Iraq and Syria ) .This isn't a good fit for both Iran and Europe and it isn't going to work out in the long term .Better to spend time and effort to foster a re-alignment of Iran towards Russia or China .Nobody should delude himself that it's going to be all cool and dandy just by signing couple of worthless agreements with a regime which is deeply at odds with its people , with our allies and our values . To those who think it's possible to do business with these medieval regimes, I would say let them find another lost and worthless cause to champion .If history t shouldn't take them very long to come up with one .

just look at Europe , greece, sapin . Poruugal, italy ,,... then you know what is a bad managed economy

And yet, millions and millions of people would prefer the "badly managed" economies of the West over any Islamic states. Give them a choice of countries to live in and see where their feet would take them.

Well , Europe is in no position to absorb millions and millions of people into its borders . You can make the case for settling refugees outside the conflict zone , but millions of other migrants are a different question .looking at the current state of affairs , one has to carefully asses the migration pattern into Europe . Some of these migrants will turn out to be future recruits for terrorist .organizations .E.U can not even provide for Greece , Italy and Spain , how in the world it's going to accommodate millions of migrants/refugees ? If you think Greece or Portugal are in bad economic shape , you probably haven't heard of the economical problems that are brewing in France .These are some serious problems that require serious solutions . In the past , those countries could count on American or British leadership , but now they have to rely on their own intuition .