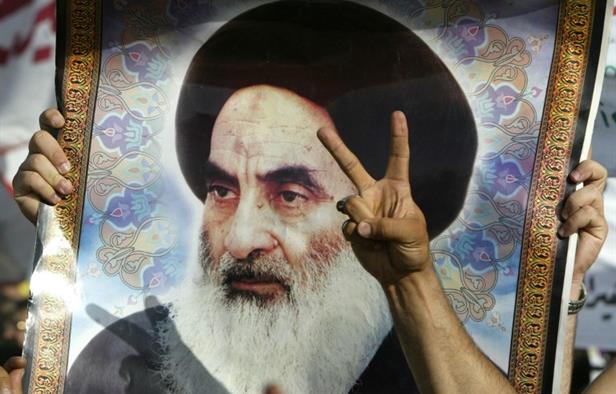 Sistani’s frustration over Soleimani’s role in Iraq manifests differences between Najaf clerical establishment and the Islamic Republic. Sistani has forcefully defended Abadi’s reform proposals and Soleimani’s public criticism of the reforms, in a meeting attended by the prime minister and over 70 Shia MPs, has broken protocols of public deference to Sistani, Iraqi Shia spiritual leader, which could affect Najaf’s historic role.

Among recent differences between Sistani and the Iranians is Sistani’s insistence that fighting corruption is a religious and legal duty of all Shias, including the trial of Maliki if needed. Soleimani's, and probably Khamenei's, approach to Abadi’s reform focuses on the political dimensions of the issue, thinking holding to account of corrupt figures, i.e. Maliki, would undermine Shia power in the country.

After a report by the Iraqi parliament on 17 August blamed Maliki and top commanders for the fall of Mosul to ISIL last year, Iran extended Maliki a show of support, hosting him for a visit to Tehran on 19 August, two days after the parliamentary report. During his visit, Maliki met with Khamenei, with photos of the event widely published by the media.

I wouldn't read too much into Sharq Al-Awsat reporting .But it seems like everybody is piling on Soleimani .

The reporting is consistent with developments in Iraq. Sistani is different than others; it will be very difficult to ignore him even for Soleimani.

Sistani is certainly different from his predecessor by getting involved in day to day politics and not staying above the fray .That's certainly a precedent in Najaf .

Outside meddling in the affairs and politics of Iraq is both regretful as well as disastrous for the former nation-state. But it must be admitted, the blame lies with the people of Iraq. Neither the reactionary/revolutionary regime of Iran nor the Wahabi/Salafi regime of Saudi Arabia could push things around without consent from the people living in Iraq.