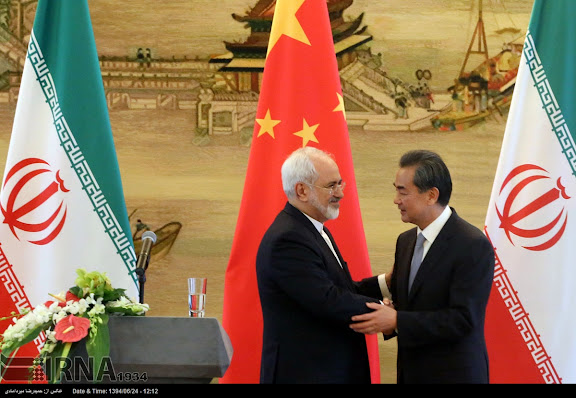 According to Islamic Republic News Agency:


Foreign Minister Mohammad Javad Zarif leading a delegation arrived in Beijing Monday night to confer with the country's high ranking officials on issues of mutual interests along with regional and global developments.

This is the first visit of the head of Iran's diplomacy to China after the nuclear deal with G5+1.

Upon his arrival, Zarif was welcomed with the officials at the Chinese foreign ministry and Iran's Ambassador to Beining Ali Asqar Khani.


Iran wants China's help to resolve tensions and unrest in the Middle East and is ready to play host to more Chinese firms once sanctions against it are lifted, Iran's foreign minister said on Tuesday

"China and Iran find mutual benefits in many areas," Iranian Foreign Minister Mohammad Javad Zarif told his Chinese counterpart, Wang Yi, at the beginning of a meeting in Beijing.

China is the biggest customer of Iranian oil and Zarif said their economies were "complementary". The two countries faced "similar challenges as well as opportunities", he said

"I agreed with Minister Wang Yi that we share similar views on regional issues, which should be solved in a political way. We would like to cooperate with China on issues in Yemen, Syria and the Middle East, seeking a political solution," he said.

"We both agree that the unrest in West Asia and North Africa regions is not sustainable, it should be solved in a political way and we should seek a solution that can address the concerns of different parties," Wang said. 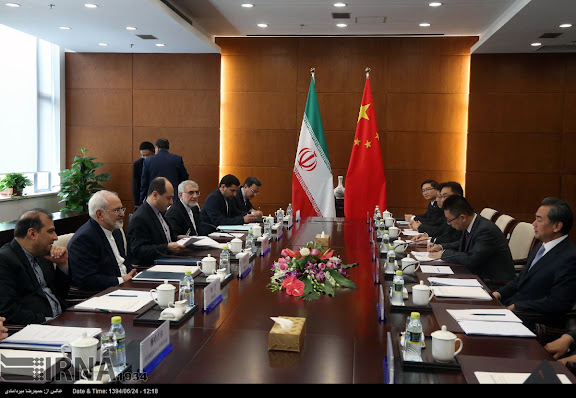 Islamic Republic and People's Republic foreign ministries in conference, on 15SEP15 at Beijing 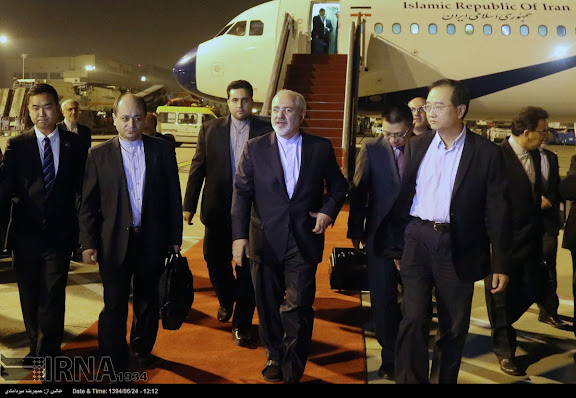 There are discrepancies between the Flightradar data, IRNA photo and IRNA report regarding the arrival time of Zarif's aircraft in Beijing. If and when this is sorted, will update post.