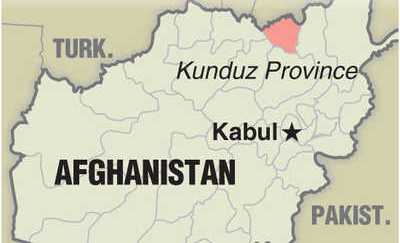 The Taliban today captured the northern city of Kunduz, Afghanistan’s fifth largest town. The insurgents seized government buildings including the governor’s office, police compound, and the courthouse, despite heavy fighting in a series of battles with government forces. Hundreds of insurgents also broke into a main Kunduz prison and freed more than 600 prisoners, including 140 Taliban fighters. The military said the city’s airport is still under control of the security forces.

Sadiqqi added that the Taliban attacked the city from 10 different locations around 3 a.m. local time, overwhelming security forces.  Residents report the insurgents soon reached the town’s main square, tearing down photographs of President Ghani and other leaders and raising the flag of the Taliban movement.

“With capturing of police compound and governor’s office in Kunduz, the whole province fell to our hand,” the Taliban’s spokesman said Monday on his Twitter account.

The capture of the strategically located Kunduz, with a population of more than 300,000, marks the first time the Taliban have seized a major urban area since the U.S.-led invasion in 2001. The Taliban previously attacked the same city in April, in its first major advance into an urban area, but were pushed back by security forces. This is a huge loss for Afghanistan. 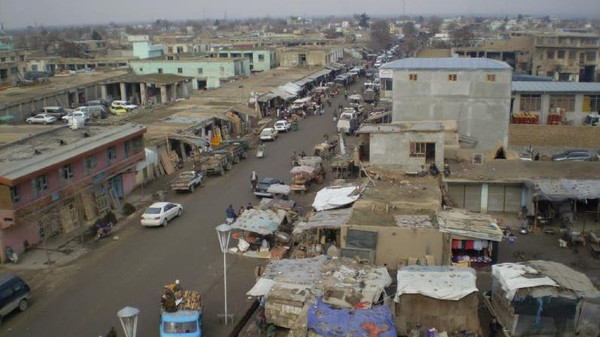 It's indeed a huge loss for Afghanistan, as well as regional policy failure for the Obama administration.

I would argue a more inclusive regional approach that includes Iran could yield better results for this part of the world. That is to say, a unified international approach, rather than parallel tracks. Parallel tracks have been a failure in Afghanistan, Iraq and Syria. And lack of an inclusive approach has led to failure in Palestine, Libya and Yemen.

The greater MENA region is a mess. American hard power has not delivered; it is treasure and blood not well spent. We need a fresh approach.

The U.S is now conducting air strikes against them. Just like old times eh?

The U.S. insisted and succeeded in helping form a government of national unity, with Ghani as president and Abdullah as CEO; an arrangement that was unprecedented in the history of Afghanistan. Could not get more inclusive than that. Iran actively supported Abdullah, and should have been quite content with that arrangement. Iran's allies formed a significant part of the cabinet. There are many other factors, policy and otherwise, that went wrong here, but inclusiveness surely was not one of them.

taliban is not ISIS

How did Taliban manage to pull off such a hail Mary operation? Or could this be a ruse by Afghan government to lure in the Taliban and finish them off later ?
Panjsheer Valley will be the graveyard of any Talib who ventures out that far .

Yes! Both ISIS and Taliban subjugate and stone women, prohibit education of girls, dynamite a nation's archaeological treasures and maintain their rule by murderous fear.

This news comes as shock for someone like me who fought in Afghanistan seving under Swedish flag (ISAF) stationed at Camp Northern Light. During my service there the Talebans presence was weak and they would seldom stage attacks. Much of the heavy fighting was down in Helmand province as well as the provinces bordering Pakistan which were British and mostly US areas of responsibility.

If they succeeded in Mazar-e-Sharif what could they pull off in places where their real strength is? Im afraid Afghanistan is heading into the abyss once more.

A government of national unity without the taliban participating or at least including some of the talibans most powerful warlords was doomed to failure even before it began,the american approach of a government of national unity while at the same time trying to defeat the taliban militarily was also doomed to failure from the get go,Mark is right it needs a true unified international approach and of course the same holds true for libya,palestine and yemen