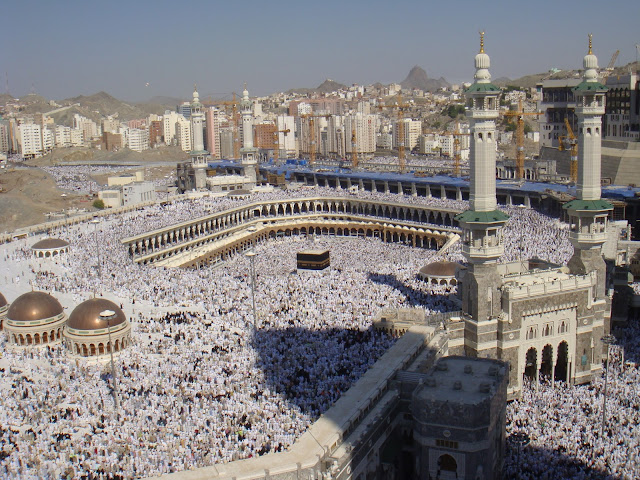 Hajj, the pilgrimage to Mecca, is one of the pillars of Islam and must be performed as a religious duty at least once in a Muslim’s lifetime if he/she is physically and financially capable of undertaking the journey.

This year the Hajj occurs between 20 to 25 September. Approximately 3 million pilgrims from all countries will take part. Each day the pilgrims perform certain rituals:


File photo: Circumambulation of Kabaa (Tawaf) inside Grand Mosque
Posted by Nader Uskowi at 11:17 AM