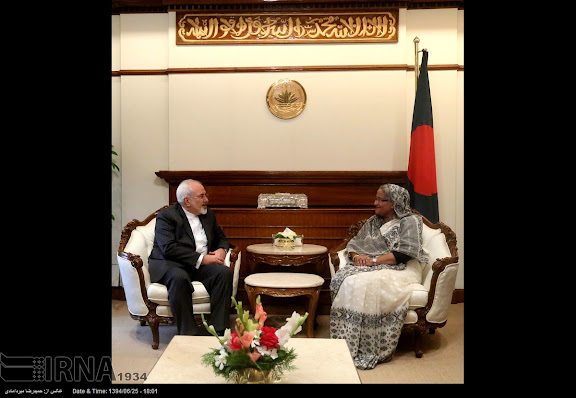 
Iranian Foreign Minister Mohammad Javad Zarif... arrived in Dhaka to brief Bangladesh’s leadership on the nuclear deal that the world powers struck with his country.

Zarif’s special flight from Beijing touched down at Shahjalal International Airport at around 12:30am on Wednesday.

His wife and high officials from the Iranian foreign ministry are accompanying him.

Iran is grateful to Bangladesh for its support during the economic embargo and Ambassador Abbas Vaezi said in Dhaka on Sep 1 Iran survived with the help of its “brotherly countries like Bangladesh”.

He said Tehran was ready to reciprocate the favour in many ways and pointed out energy and power sector cooperation were the potential areas of cooperation.

Vaezi suggested Bangladesh discuss with India to get gas from a pipeline, once it was rolled out from Tehran via Pakistan.

He said Tehran could buy jute, clothes and agricultural products from Bangladesh, and export oil, natural gas and petrochemicals to it. 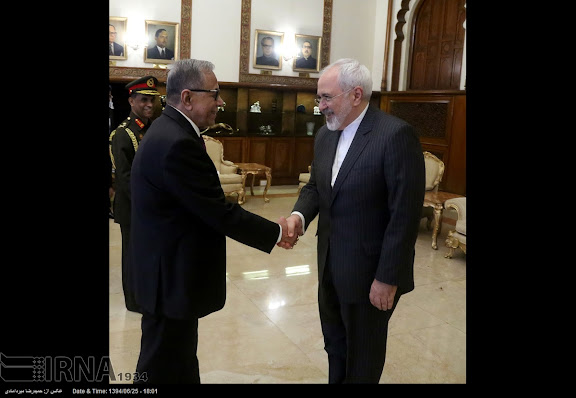 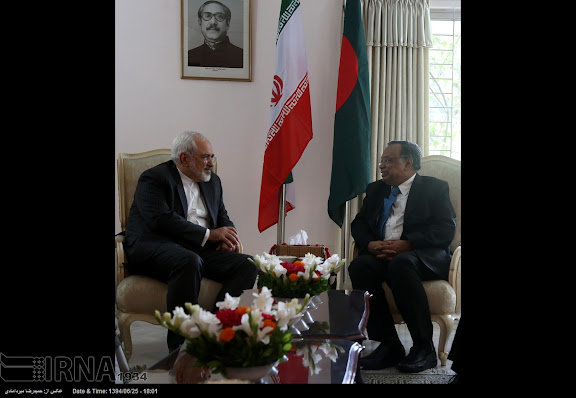