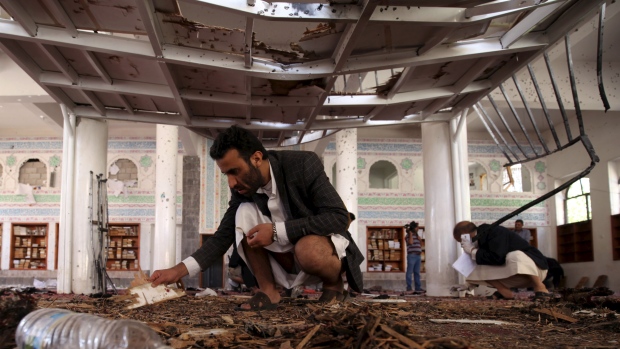 The al-Moayyad Mosque, run by the Houthis, has previously been targeted by ISIL, who regards the Houthis as heretics.

The Houthis, or the Ansar Allah, took control of Sanaa by force last September, starting a civil war in Yemen that was escalated in March when a coalition of Arab states, led by Saudi Arabia and the UAE, intervened militarily to retake territories captured by the insurgents. More than 4,500 people have been killed in the conflict since Sanaa takeover a year ago.