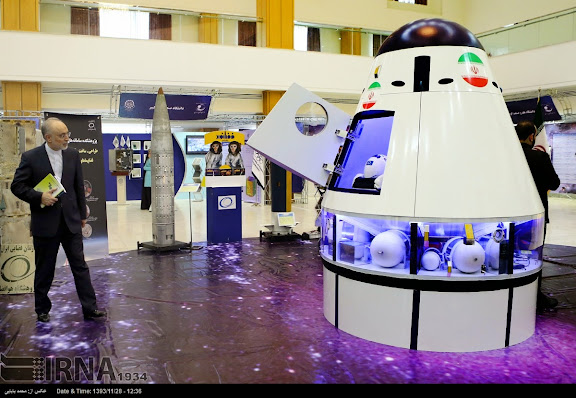 In a 17FEB15 ceremony to mark Space Technology Day in Tehran,  Iran unveiled a mockup prototype of its first domestically manufactured space capsule intended at putting an Iranian astronaut into earth orbit.

The space capsule mockup, built to 1:1 scale, was put on display in an exhibition on achievements of Iran's latest space technologies.

According to Iranian aerospace officials, the spacecraft is planned for launch sometime during the next Iranian year, which starts on 21MAR15. [source: Tasnim News Agency] 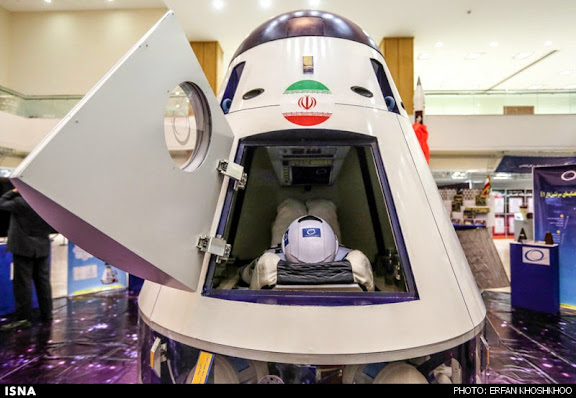 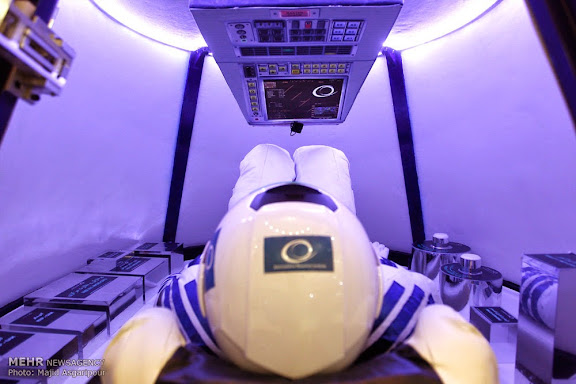 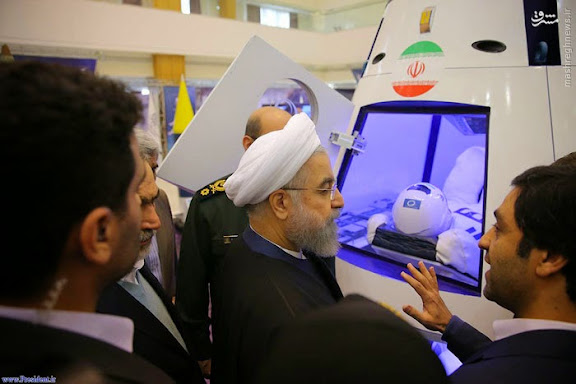 Earlier, President Rouhani discussed the restructuring of Iran's space program that now places the Space Agency and its corresponding research center in the Ministry of Communications. [click HERE] 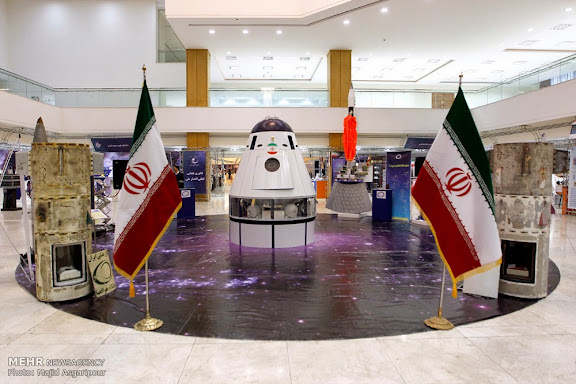 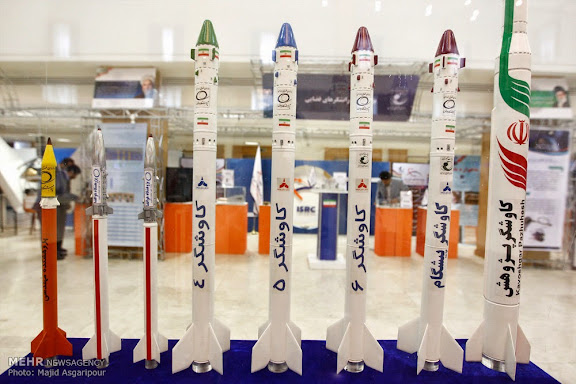 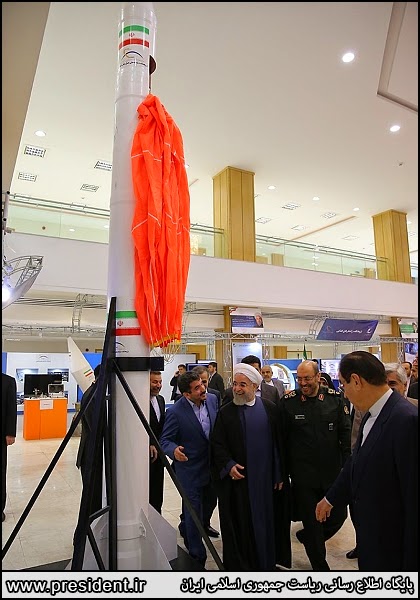 There is no point doing this other than a cover up for Nuclear warhead research. The Nuke also needs protection on re-entry. It doesn't make sense to spend Billions on a technology that has no use for Iran otherwise.

I don't get it. An oil-dependent country with a "catastrophic" oil industry (thanks to sanctions and low oil prices) is building manned space capsules, 1,300+ ton missile-launching submarine and promising at least one new aviation achievement every month for the coming years?

you can not get it, because you can not interprete the news correct
neither low oil price is a disaster an nor presenting some mockups is a great achievment

More propaganda with mockups without backups.

I agree, but that aspect of the reentry vehicle-related research has pretty much been accomplished through Iran's existing and successful IRBM development program already a while ago, some time around the early 2000s. Indeed early versions of Shahab-3Bs also had what it took to protect its warhead on re-entry, being full-blown ballistic missile going out of the atmosphere and back to its target zone, by definition.

The space program nonetheless could in turn be used as a basis for intercontinental range ballistic missile research, commonly called ICBMs, there I agree. Iran like any country in the space club including the US, USSR and Israel, would probably want to use insight provided by its space vehicles to enlarge its knowledge on possible military application of the associated dual-use technologies, nothing surprising or secret here IMHO. Whether one likes it or hates on the other hand, falls within the spectrum of political discussions, not technical.

The treacherous Iranian regime might well be hiding a lot of things, there you'd be preaching a convert, and doesn't even take the care of hiding a lot of ugly deeds it performs daily, but probable military dimensions of its civilian space program are not part of it.

anonymousFebruary 18, 2015 at 3:28 AM
And which nuke would this be?,there is no evidence that irans civilian nuclear power program has any military aspect,or perhaps you were meaning this nuke
http://2.bp.blogspot.com/-Vp1jJF8QjSI/UGeje1arClI/AAAAAAAAZc8/Uwrm1ElNCW4/s1600/Iran%252527s%252520nuke%5B1%5D.jpg

The Nuke that will come in future after the normalization and whenever necessary! You don't think that they will sit on their asses to design a delivery method after they have the Nuke (if they already don't have one and loose precious time, do you? You can deny whatever you want but if a nation can and a nation want and the nation needs, then the nation will master the 1950's technology to the end . It is inevitable.