Bombs Exploded at Residence of Iran Ambassador in Libya 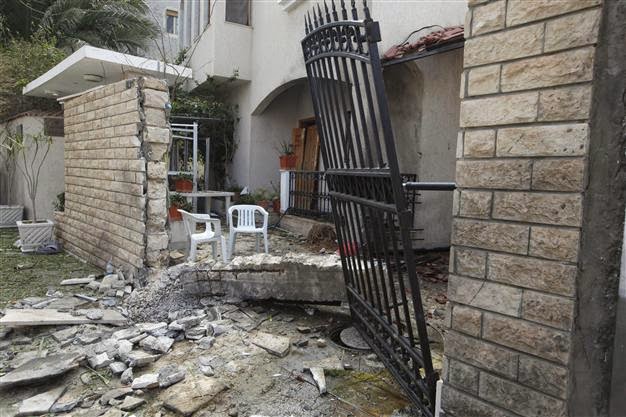 Tow bombs exploded at the gate of the Iranian ambassador’s residence in the central district of the Libyan capital of Tripoli on Sunday. The residence was empty at the time. Other foreign missions in Tripoli, including embassies of Egypt and the UAE, have been targets of bombings recently.

The government in Tripoli is not recognized by the UN and Western powers. Libya’s internationally recognized government and the elected House of Representatives has been forced to work out of the east since a group called Libya Dawn took control of the capital and installed a rival administration. Most countries moved out their staff from Tripoli last year during fighting between rival factions.

UPDATE: Libyan affiliate of the Islamic State has taken responsibility for the bombings at the Iranian ambassador's residence in Tripoli, Reuters reported.

File photo: Residence of Iranian ambassador to Libya damaged in the twin bombings on Sunday (Reuters)