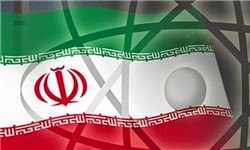 The United States set out its “bottom lines” to reach a deal on Iran’s nuclear program, ahead of new talks next week, AFP reported today.

“We will only accept an agreement that cuts off the different pathways to the fissile material that Iran needs for a nuclear weapon,” a senior U.S. administration official said. (AFP, 28 February)

The U.S. official spelled out where Washington was standing firm:
“We are insisting on the principle that sanctions can snap back into place if Iran were to violate the agreement,” the official said.

Iran bottom line is a speedy approval of the agreement by the us 'Congress', before it is going to be implemented, like has stated FM Zarif, as well as the lifting of sanctions like has stated President Rouhani.

I believe that Obama move in that matter has to do more with his desire to be seen as a "peacemaker" for a historical purposes legacy than for other things.

He could initiate that process during his first term, when Ahmadinejad had made the 20% offer, or even earlier.....

Sounds like a good plan, both countries will benefit from it.

".....relief from international sanctions 'is phased in a period of time'."

What a kind of ambiguity, and who is that "official" ??
Has he any authorization and credibility to speak for a number of contradictory entities of his 'political' system ???

Does his position "......over a period of time...." means the same developments like with an agreement with the North Korea in the 90s, where the different presidents interpreted and established their own rules to this "cat and mouse" game ???