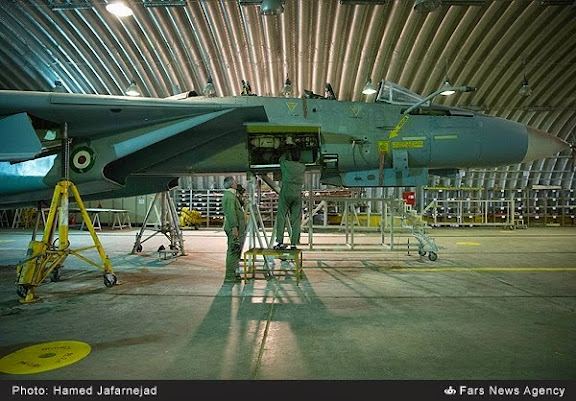 One of three IRIAF Grumman F-14A Tomcat fighter aircraft depicted in a 14FEB15 FARS pictorial; above aircraft at recess of MRO facility hangar seen in a stage of overhaul, lifted at three jack points. 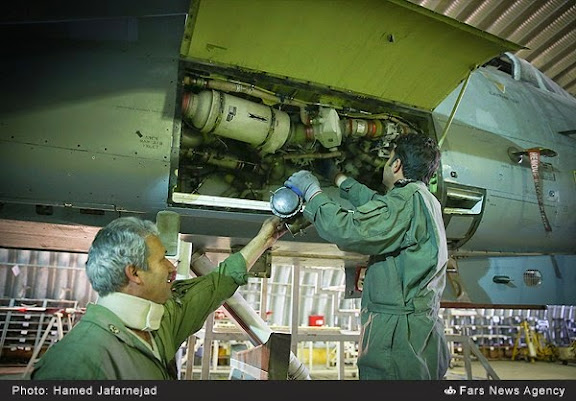 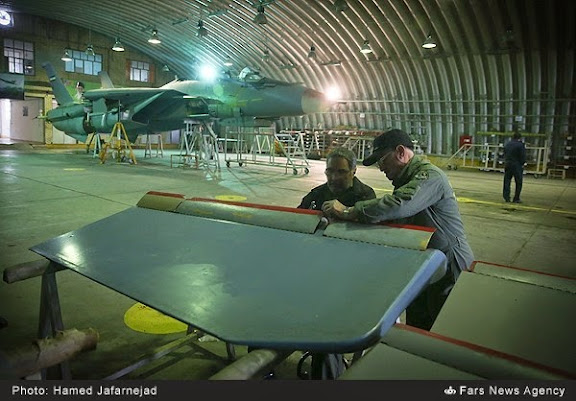 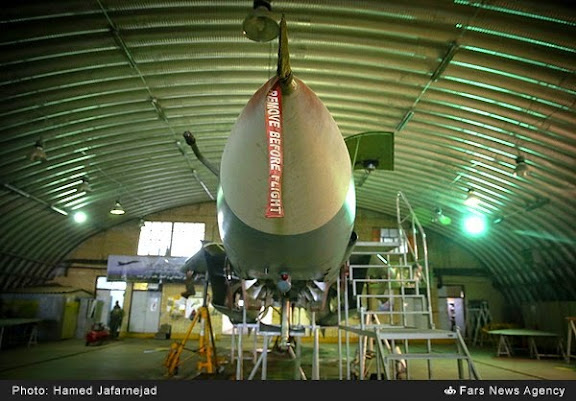 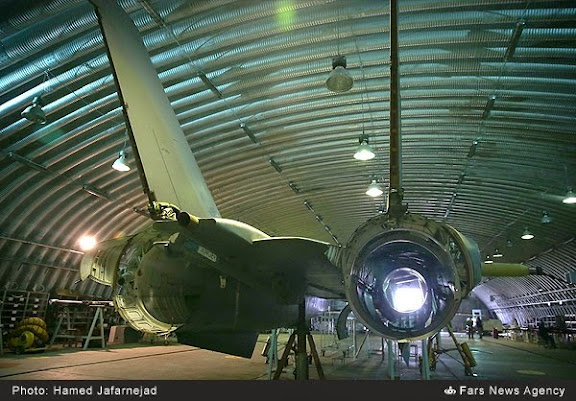 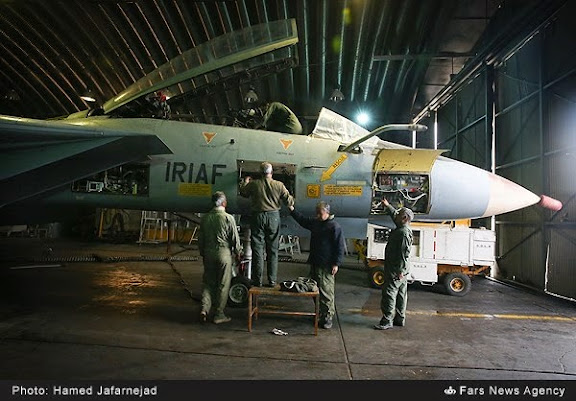 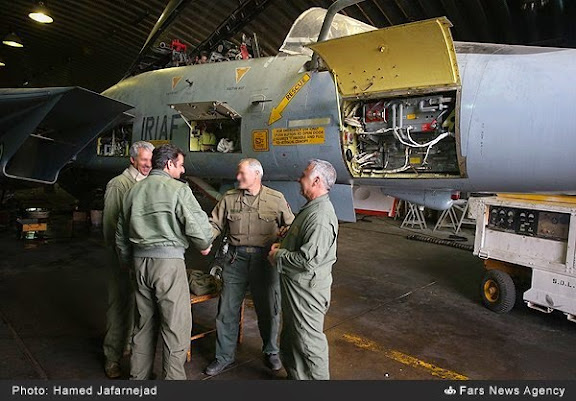 Two generations of IRIAF ground crew technicians. According to aviation write Babak Taghvaee, older technicians were brought back from retirement between 2006 to 2007, following a period between 1994 and 1998 where a large number were retired without transferring their knowledge to the younger generation, resulting in a dramatic increase of Not Operationally Ready, Maintenance (NORM) status aircraft. 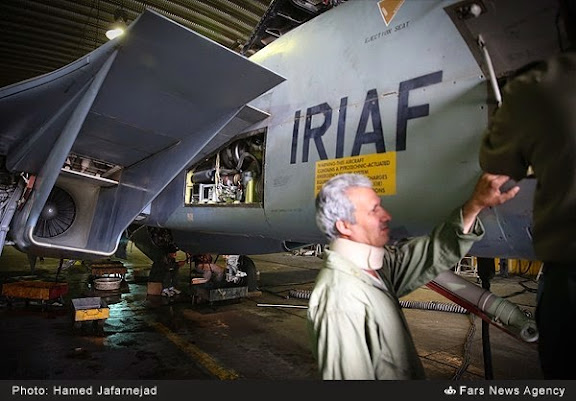 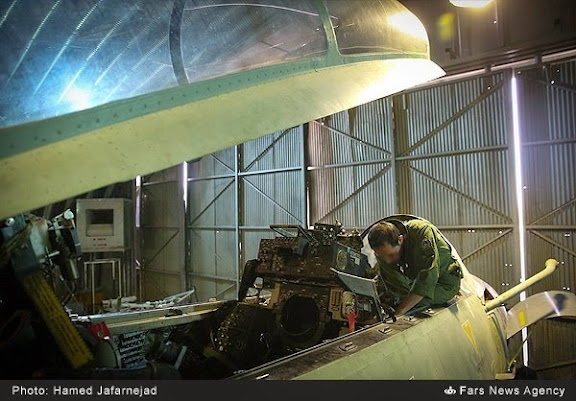 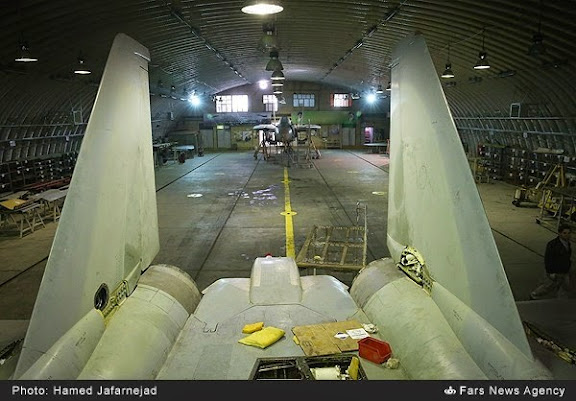 Pan view of the MRO hangar, with first aircraft seen in the recess, and second aircraft being serviced appearing in photo foreground. 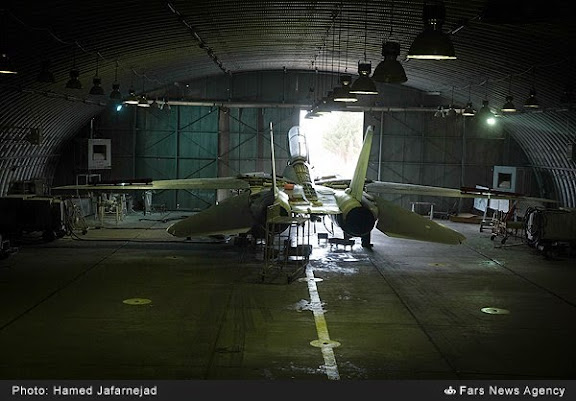 Second aircraft seen from behind, at the forward section of the MRO hangar 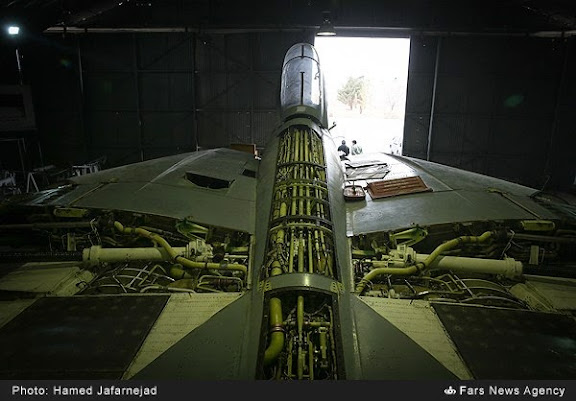 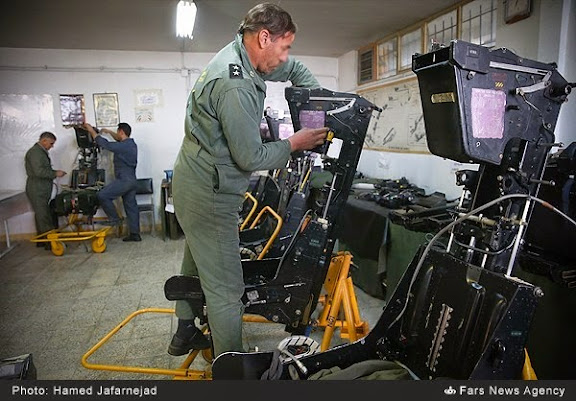 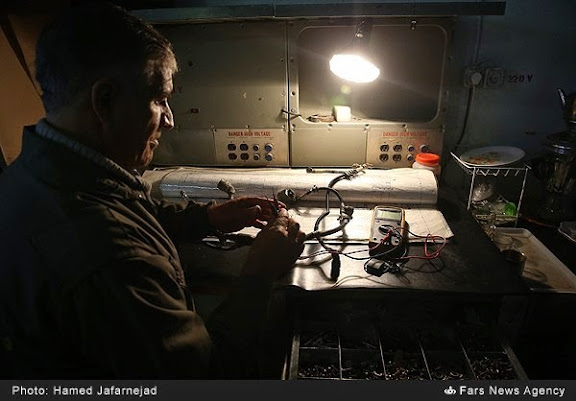 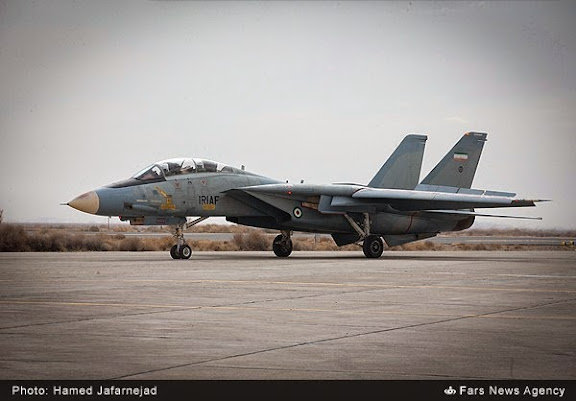 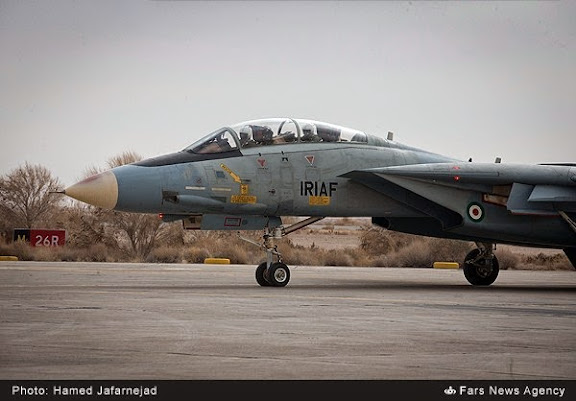 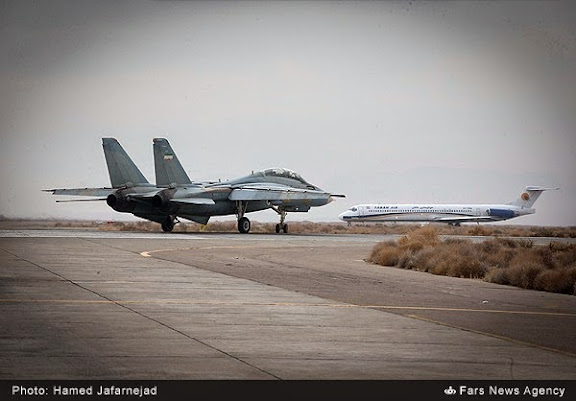 Photos: Hamed Jafarnejad at Fars News Agency
Posted by Mark Pyruz at 6:24 AM

What I've noticed about these pictures regarding ground maintenance crews is their age.They seem to be from the era of the old Imperial Iranian Air Force.Is there not anybody below the age of 60 among the ground crews?

I'm guessing there is many younger crews and technicians about. Maybe the older guys are in the photo's out of a mixture of respect for their many years of service and a little psych ops for both domestic and international consumption, maybe. Regardless. What a machine and what an achievement by Iran to be still getting good service out of them!