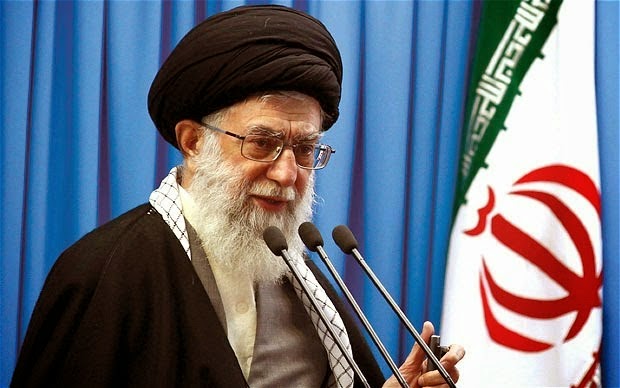 Iran has denied that its supreme leader, Ayatollah Ali Khamenei, has sent a letter in recent weeks to President Obama, as was reported by The Wall Street Journal on Friday. Iranian foreign ministry spokeswoman Marziyeh Afkham said, “Such claims are part of unprofessional media hype.” (Fars News Agency, 15 February)

“There has not been new letter sent by the Supreme Leader to the white House in recent weeks,” Afkham added. She acknowledged previous correspondence from the president to the Iranian leader, adding that Iran has responded to some of the letters. She did not give any exact date on the last letter sent by Khamenei to Obama.

The Journal said Khameni’s letter was sent in “recent weeks,” and was respectful but non-committal in responding to Obama’s suggestion that the two countries should cooperate in battling the Islamic State in Iraq and Syria should the two sides reach a nuclear agreement.

"Such claims are part of unprofessional media hype."

You mean to tell us that Fars News (Farce News) and all other media propaganda outlets in our beloved Islamic paradise speak nothing but the truth?