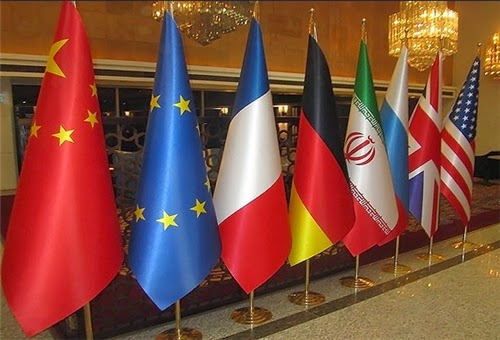 Iran’s deputy foreign minister and senior nuclear negotiator Abbas Araqchi said today in Tehran than the country would not discuss its ballistic missile capacity with P5+1.

“Iranian missile program is entirely for defense purposes. The Islamic Republic of Iran believes that its defense issues are not negotiable at all, and it will not discuss the issue with any foreign side,” Araqch said. (ISNA, 3 February)

Resolutions passed by the UN Security Council imposing sanctions against Iran for its nuclear program contain a provision prohibiting the country from maintaining ballistic missiles capable of carrying nuclear warheads. Lifting of sanctions, including those imposed by UNSC, is a major part of nuclear negotiations between Iran and P5+1. Araqchi is saying that the particular provision dealing with the ballistic missile program should be ignored if the two sides are to reach an agreement.

Are you sure about the provision's wording Mr. Uskowi ? I'm asking since basically ANY type of short, medium and long range ballistic missile can theoretically be fitted with a nuclear warhead. Proof is that every nuclear-armed state has air, sea and ground delivery vectors of varying ranges and types for striking nuclear blows, would they be cruise missiles, air-to-ground missiles or SRBMs/MRBMs/ICBMs. And ironically that includes Iran's main potential enemy in a future war , namely Israel and its undeclared arsenal and refusal to let any type of UN inspections occur in its highly secretive infrastructure, and , ice on the cake,not a party tl the NPT. Therefore, accepting such a provision in those exact terms by a country fielding its conventionnal ballistic arsenal as its main straregic asset and deterence weapon in general would amount to sheer stupidity and absurd thinking, to say the least, and I find such acceptance highly doubful. I recall the JPOA made a specific mention of long range ballistic missiles and nothing else. Mr Araqchi probably means that Iran's missile program will remain as unscathed as any other country considering its existing stockpile includes no ICBMs at the momentthat would make his stance more likely even if still up to debate.

UNSC Resolution 1929 (Paragraph 9) prohibits “any activity related to ballistic missiles capable of delivering nuclear weapons, including launches using ballistic missile technology, and that states shall take all necessary measures to prevent the transfer of technology or technical assistance to Iran related to such activities.”

UNSC 1929 was passed in June 2010, unanimously, including the Russian and Chinese votes. BTW, this is the resolution Amadinejad characterized as a “torn piece of paper.” And it’s becoming an issue now.

I do agree with you that the wording is poor. It does not define any specific range or payload capabilities. The vagueness, however, could be used as a basis of an agreement if the two sides want to strike a deal and not let this provision prevents it; something like limiting the range of ballistic missiles to 2,000 km for a specified period of time, which by the way is Iran’s own self-imposed limit.

Thank you for your clarification. So technically, the wording as its stand would indeed make it unacceptable for any country's military (since it would amount to a full dismantlement of a full array of its most critical military capabilities), and so no matter the nature of its governing bodies. For genuinely interested parties in a diplomatic settlement however, there might indeed be just enough room for maneuvering in order to reach a viable settlement represented by a solid draft officializing Iran's own range capping policy you're rightfully referring to.

In other words, going beyond the status quo of a unilateral doctrine, and giving it a true, internationally recognized meaning supported by an official ratification as a relevant section of a final draft with the associated watchdogs, as to pave the way forward for a definitive closure of that particular issue. I don't think any member of the P5+1 would decently outright disqualify such a proposal if it is ever produced by the IRI. This or allowing Iran to rebuild its ageing air-force in exchange for a serious scale-down of its missile forces, but nobody is going to have it both ways in asking Iran the self-suppression of its principal military deterrent without giving it access to the means to replace it on the mid-run. Let's hope the hardliners do not ruin this one as well if the opportunity arises... considering Obama's obvious will towards settling that issue once and for all and its readiness to make serious use of its veto power if ever needed, neither Congress nor Netanhyahu could have the power to stop it if it falls through, none of them being parties to the P5+1 obviously. Besides, such compromise would certainly have full backing from Russia and China.

Furthermore, such ratification would provide room for quite positive impulses for the future of WMD-free Middle East since it would set a legal precedent to address neighboring countries' refusal to comply with international arms regulations as well, and this without the need to fire a single bullet, resorting instead to a simple pen wielded at the right time by the right people in front of the right audience.... seems hollow for now even I though I like dreaming about it considering the troubled times we're going through.

The resolution applies to Iran and specifically its ballistic missile program, not all countries, and not to other military programs. If there is a will, there is a way to work an agreement on this issue as well. However, the two sides should discuss it. Saying that this issue is not negotiable doesn't change the reality that there is a UNSC resolution that needs to be satisfied before striking a deal.

I imagine in the event of any deal this resolution,like so many others,will be quietly forgotten about or simply rendered null and void,iran has already made it crystal clear that its missile forces are not up for discussion and in the event that a nuclear deal is agreed I do not see the us putting it in peril by insisting on a missile deal,the simple fact is that a great many politically motivated resolutions are passed and a great many of them are literally not worth the paper they are printed on and this is one of them

Iran needn't discuss it and can simply enjoy the sanctions instead.