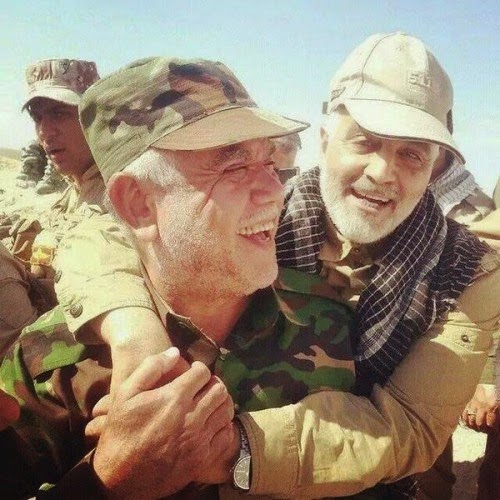 Reuters today has filed a report from Baghdad on the growing influence of Iran-led Shia militias in Iraq. The report is based on interviews with majors actors within the militia community. Some of the main findings:

WOW seems Iran already broke usa Blockade of 2003 and turned it over zionist
now time to do another Blockade over greedy arabs yaman from south & soudan from west, which country is next for Iranian NEW EMPIRE

Is it any wonder they trust the "Iranian" led Shia's when the regime in Tehran consists of many Iraqis?