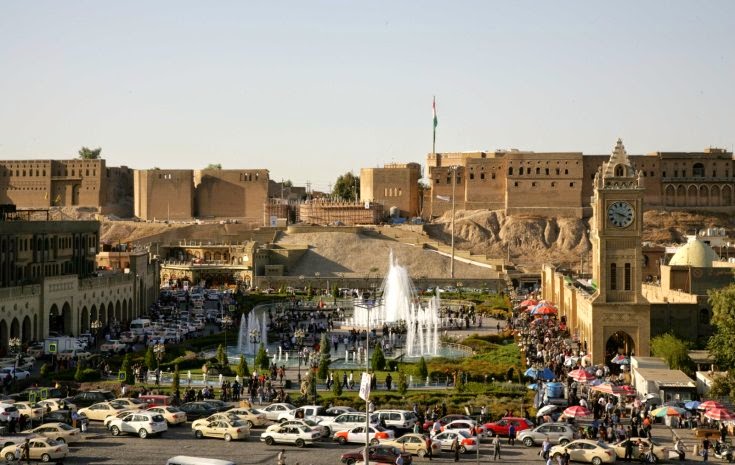 
The Islamic State insurgents launched a major assault on an area near the Kurdish towns of Gwer and Makhmour, some 45 km (28 miles) from the Kurdish capital of Erbil. The attack started at 9 p.m. local time on Tuesday (1 p.m. EST). The sophisticated nighttime assault came from several directions. (CNN, 17 February)

Coalition aircraft were in the area, but they had so far been unable to fire on ISIL units because of the close proximity of ISIL insurgents and Peshmerga defenders.

Kurdish officials were quoted by CNN as saying they were concerned ISIL fighters could break through their lines. If that happens, there would be little standing between ISIL and the Kurdish capital.

The Peshmerga forces recently have been trying to surround Mosul to cut off ISIL’s lines of communication from Syria and ISIL could be attacking near Erbil to draw already stretched Kurdish forces in many different directions to relieve pressure on Mosul, CNN said.

File photo: The citadel and the City Park in the center of the Kurdish capital of Erbil (Reuters)

It appears as thou the ISIL ( Insane Savages of Iraq and Levant ) is in last throes in Iraq when it comes to military initiatives . The coalition should start planning for closing the escape routes that ISIL elements might take once Mosul is re-captured and Tal Afar is liberated .