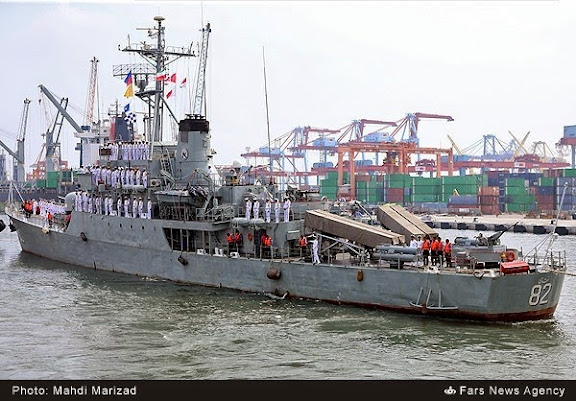 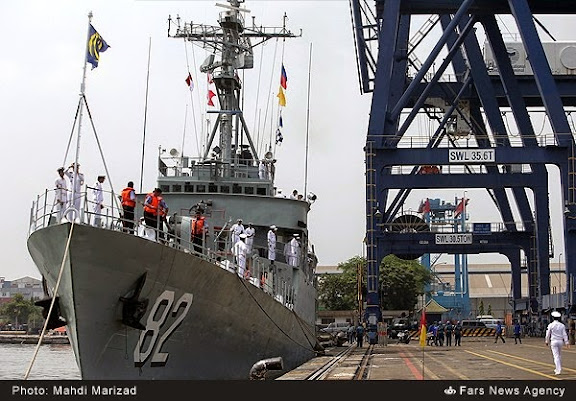 IRINS Shahid Admiral Naghdi (82) docked at Tanjung Priok Port. It is being reported that this represents the first visit to Jakarta by an Iranian fleet in 25 years. 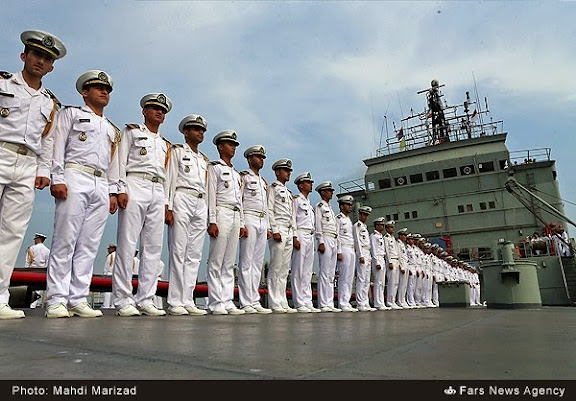 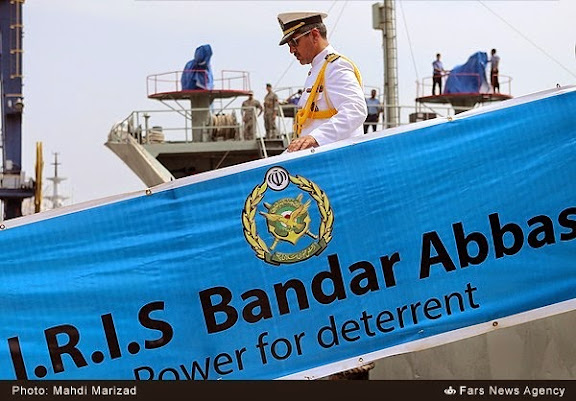 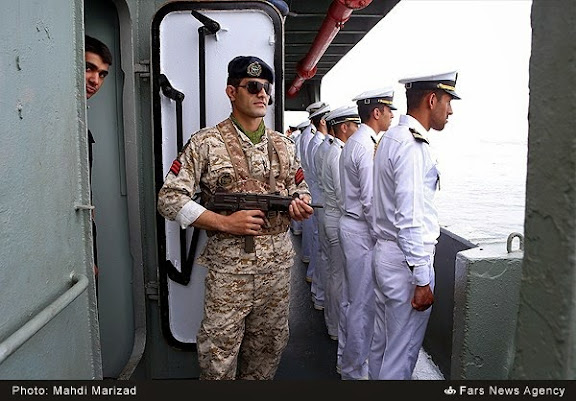 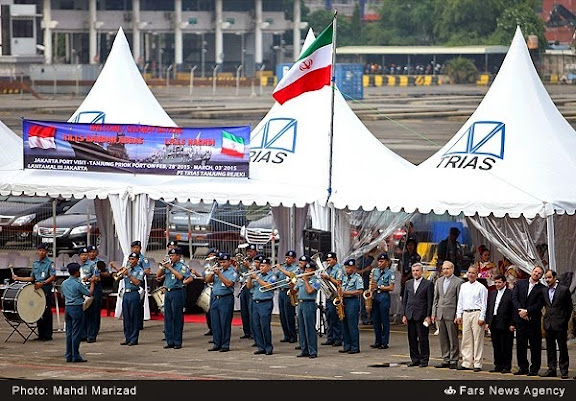 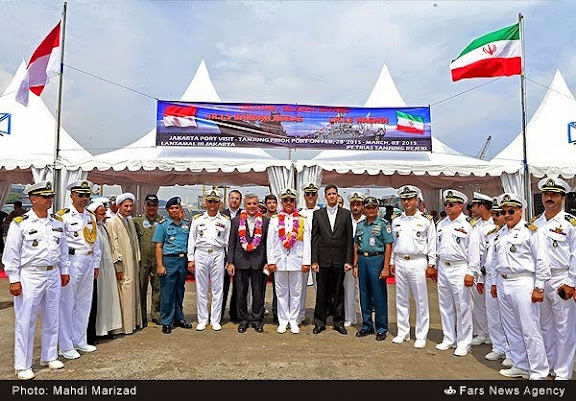 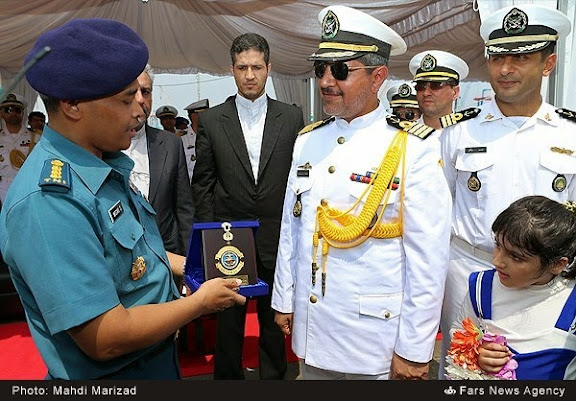 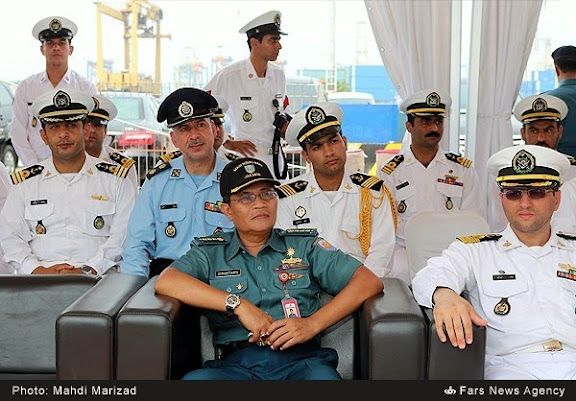 TNI-AL captain staff officer amongst a group of Artesh officers 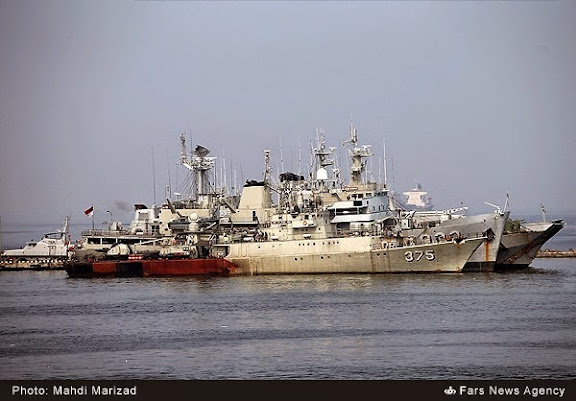 Behind it appears to be KRI Dewa Kemba (932) Hecla class survey vessel (AGSH). Note: this is ex-HMS Hydra (A144) of the Royal Navy, with a service record that includes the Falklands War.

Photos: Mahdi Marizad at Fars News Agency
Posted by Mark Pyruz at 9:30 AM