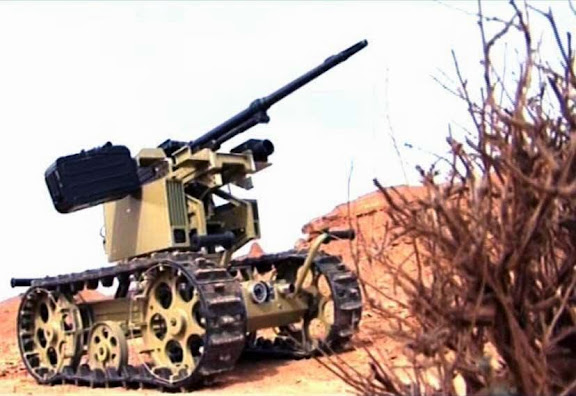 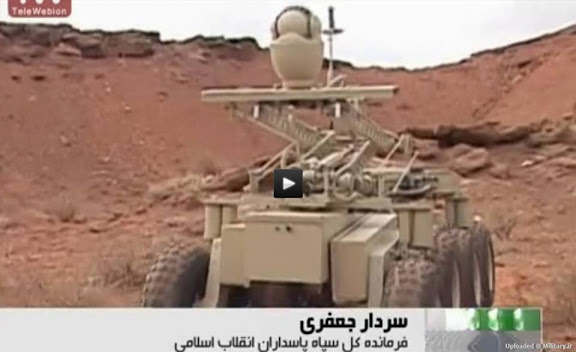 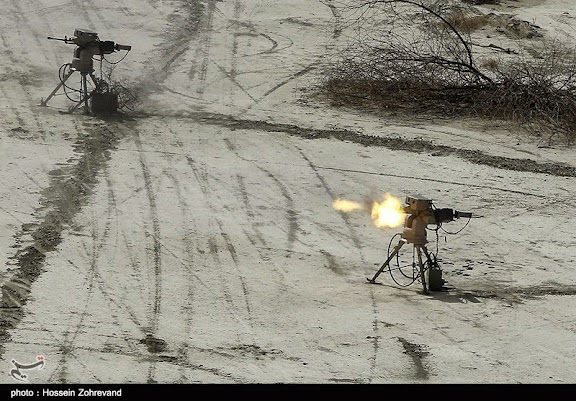 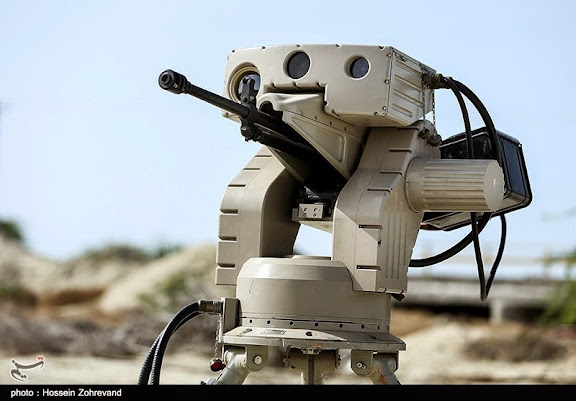 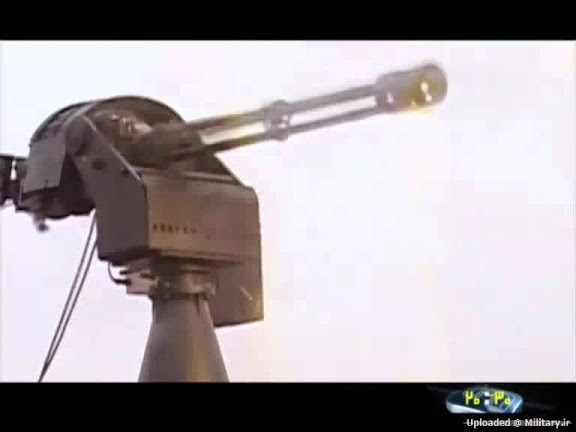 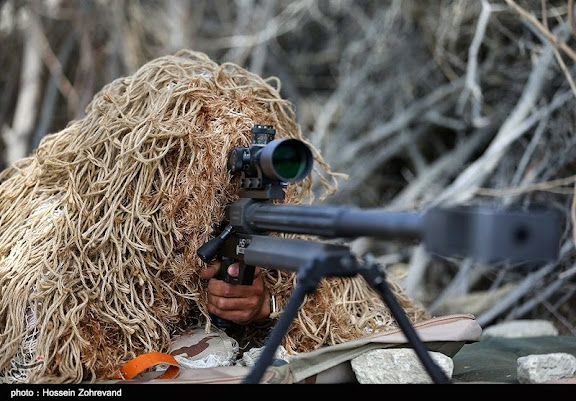 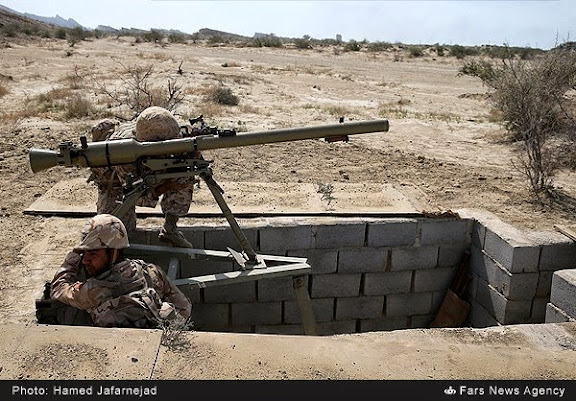 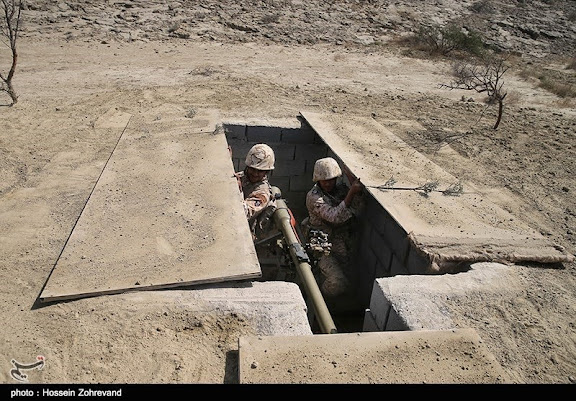 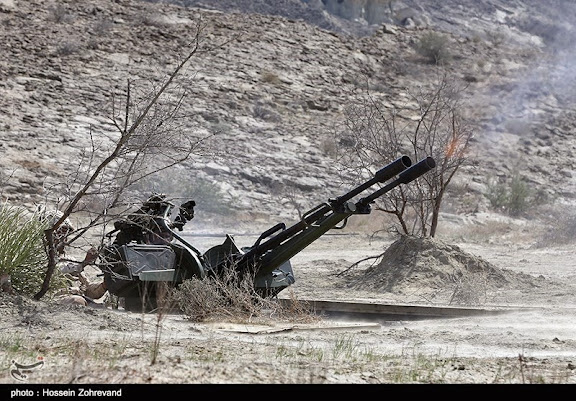 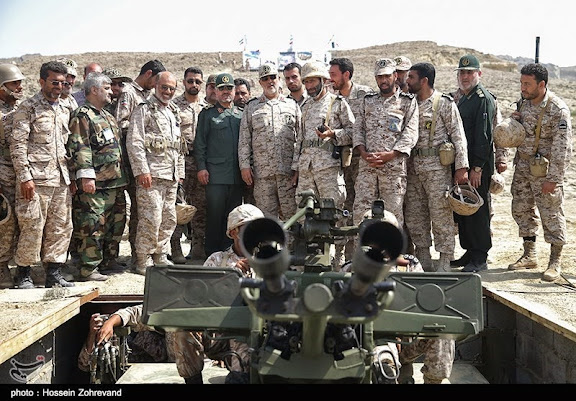 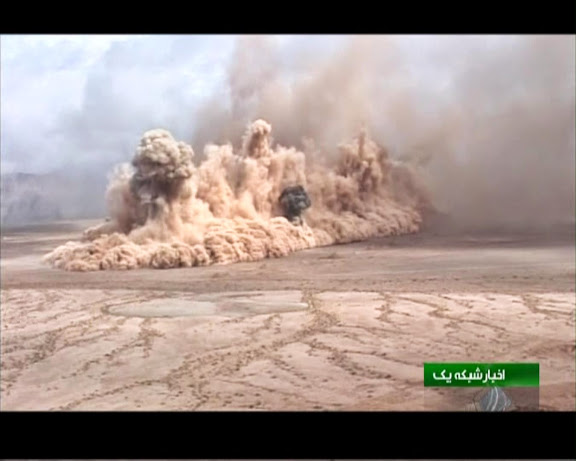 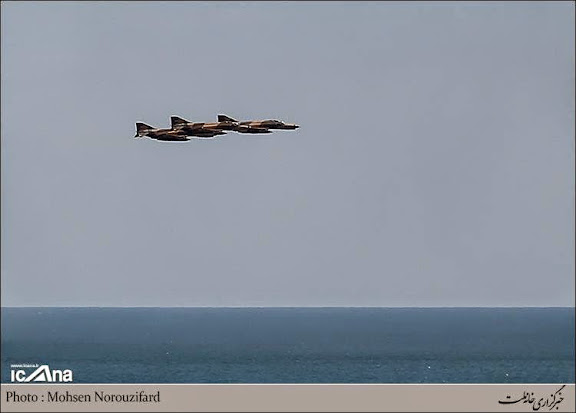 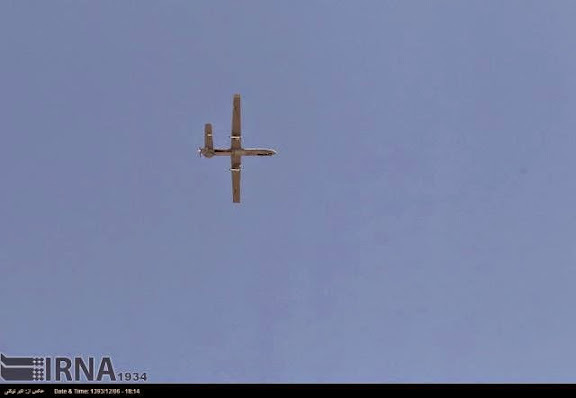 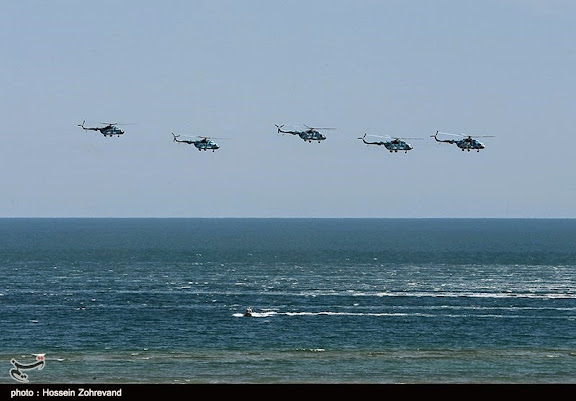 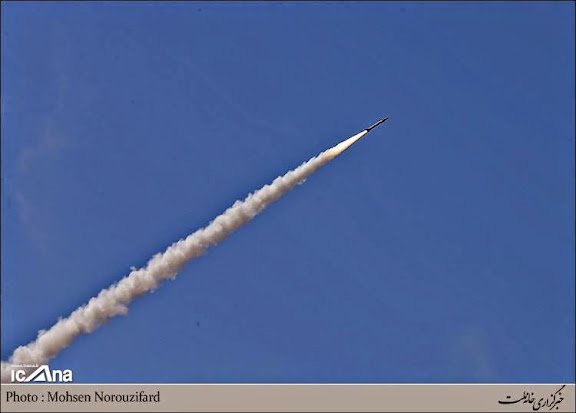 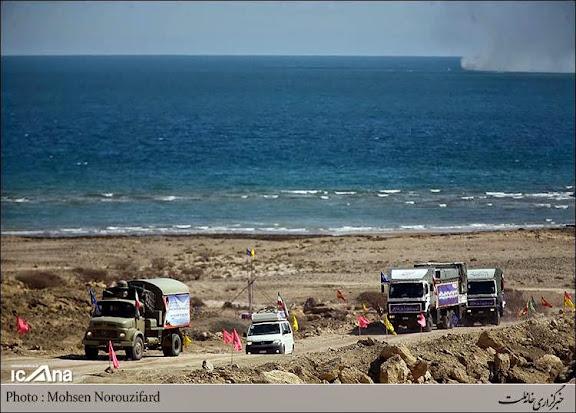 I see some nice sitting ducks in these pictures.Haven't these characters learned yet that there are such things as flying machines with cluster bombs and Daisy cutters?

It looks like a FAE (fuel air explosive) which according to Zionist reports, Iran has over 450 mated to ballistic missiles and FAE is a rather volatile concoction when used in ballistic missiles can cause wide ranging damage even when intercepted over a populated area and has a thermobaric effect. The use of advanced-conventional fuel-air explosive (FAE) warheads on even 330mm rockets which Syria and Hezbollah now possess would have had a much more profound effect on Zionist population centers and massed military or armored formations like on the Golan. The Iranian generals that were on the Golan Heights recently were not exactly looking at apple orchards. The use of FAE submunitions on the larger missiles capable of hitting any target in Israel would have given Hezbollah and Syrian Arab Army the firepower of low-yield nuclear weapons without crossing the nuclear threshold. Iranian defences are now really impregnable as the cost to any aggressor would be total regional destruction.

Makes you wonder how many Israeli airfields could be put out of action. All at the same time. If only for a number of hours.

It's doubtful the IRIAF is capable in putting out any airfield in the region.Let alone airfields that belong to Israel.

wonderful pictures. it's clear that in a land war against the Iranians the Somali pirates will be defeated!!!!!

against a modern military force, the Iranians will finish an almost-close second.

the Iranian military don't have the ability to project power and couldn't possibly survive an attempt to directly attack israeli airfields. the Israel air force is vastly superior.

all the Iranians could do would be to order the Lebanese hezzies to launch at Israel...but that would result in the hezzies and half of Lebanon getting pounded into dust.

of course, the Iranians have demonstrated a great willingness to have Arabs do the fighting and dying while the Iranians stay safely at home.

AnonymousFebruary 28, 2015 at 2:53 PM
Iran has a ballistic missile force that numbers conservatively in the mid hundreds these weapons are quite capable of hitting individual targets such as air bases in israel for instance,why do you think the us and the israelis have spent tens of billions to try and develop abm systems like thaad and arrow.Its funny your claim about "Arabs do the fighting and dying while the Iranians stay safely at home." because that was exactly what I thought about the arabs,last time I looked it was the gulf states,israel and the west supporting the terrorists in syria with weapons,money and training while iranian personnel were being killed fighting those same terrorists in syria and when it came to fighting isis in iraq and syria it was iranian personnel who lost their lives fighting and stopping them on the ground while all the west and the gulf states did was launch a few airstrikes

Anonymous February 28, 2015 at 1:30 PM
Quite a lot of the airbases in the gulf states are within reach of highly accurate short range missiles like the fateh 110 with a cep measured in single figures,when you include irans medium range ballistic missiles and its new cruise missile then its pretty obvious that iran has a formidable arsenal, a large pre emptive strike would probably cripple the various gulf states air power on the ground,why else do you think the arabs have started buying abm systems like thaad or the abm version of patriot,why else did the saudis acquire new ballistic missiles from china

it's idiocy to talk about Iran's missiles destroying a US aircraft carrier or US bases around the Gulf.

what will that accomplish even if it happened?

the US has a dozen aircraft carriers and hundreds of other military bases.

in exchange for whatever damage Iran might inflict on replaceable US assets, the US will destroy every Iranian ship, airplane, military base, power generating plant, and half the bridges and oil fields in Iran.

Iran has no chance in heell of defending itself and all it can do is fire a few missiles and ask some Arabs to engage in some terrorist attacks against civilian targets.