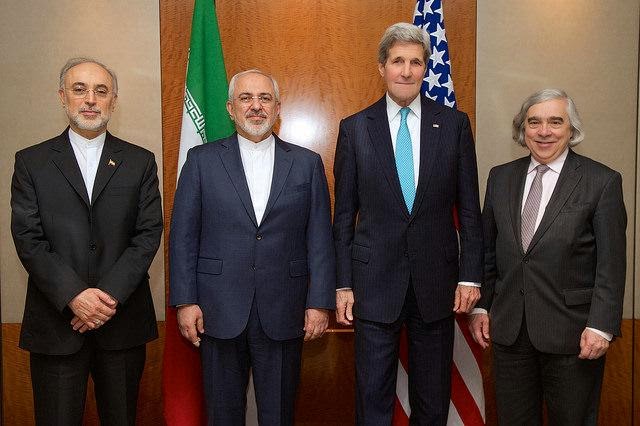 U.S. secretaries of state and energy, John Kerry and Ernest Moniz, met on Sunday in Geneva with Iranian foreign minister, Javad Zarif, and director of Atomic Energy Organization of Iran, Ali Akbar Salahi. Further talks will be held on Monday. The negotiators are attempting to strike a deal before their 31 March deadline. There were no reports of progress, or lack of, in today’s talks.

Associated press
Iran-US are closer to an Agremment

That headline will cause lot's of heartburn in regional capitals!

perhaps things are not as smooth as is being reported...


National Council of Resistance of Iran revealed on Tuesday the details of an underground top-secret site currently used by Iranian regime for research & development on nuclear field using advanced centrifuges for uranium enrichment.