Accused of Covering Up Alleged Iranian Involvement in 1994 Bombing 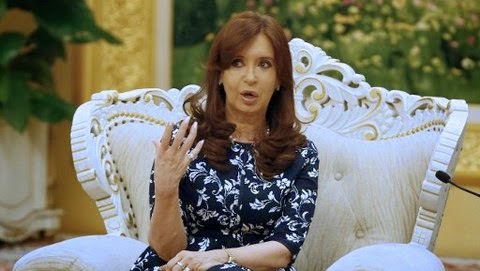 The investigation into accusations that Argentina’s President Cristina Fernandez de Kirchner tried to cover up Iran’s alleged involvement in a 1994 Buenos Aires bombing of the city’s Jewish center will go forward despite the death or murder last month of the prosecutor on the case; Argentine authorities announced today. (Reuters, 13 February)

“An investigation will be initiated with an eye toward substantiating the accusations and whether those responsible can be held criminally responsible,” wrote state prosecutor Gerardo Pollicita in a document published today. Pollicita replaced the late Alberto Nisman as the prosecutor on the case.

Nisman’s body was found in his apartment on 18 January, a day before presenting a 289-page complaint against the president and her foreign minister, Hector Timerman, to the parliament.

By accepting Nisman’s accusations, the new prosecutor is now formally charging the president and her aides of shielding Iranian officials from prosecution over the bombing, which left many dead and injured. President Kirchner claims that Nisman was murdered by rouge elements of a state intelligence unit. She calls the conspiracy charges against her “absurd,” saying she never made an agreement with Iran over the case.

The Nisman scandal has shocked Argentina eight months ahead of October’s presidential election. Kirchner is constitutionally barred from running for a third consecutive term.