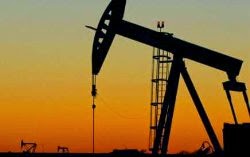 The price war signals the battle for a share of Asian markets, OPEC’s largest, for the Gulf producers.

“This is an effort by some producers to protect market share,” said Sarah Emerson, managing principal of U.S.-based ESAI Energy “It’s really straightforward; cutting prices is how you keep your foot in the door.” (Washington Post, 15 February)

this is even more bad news for the Iranian theocrats.