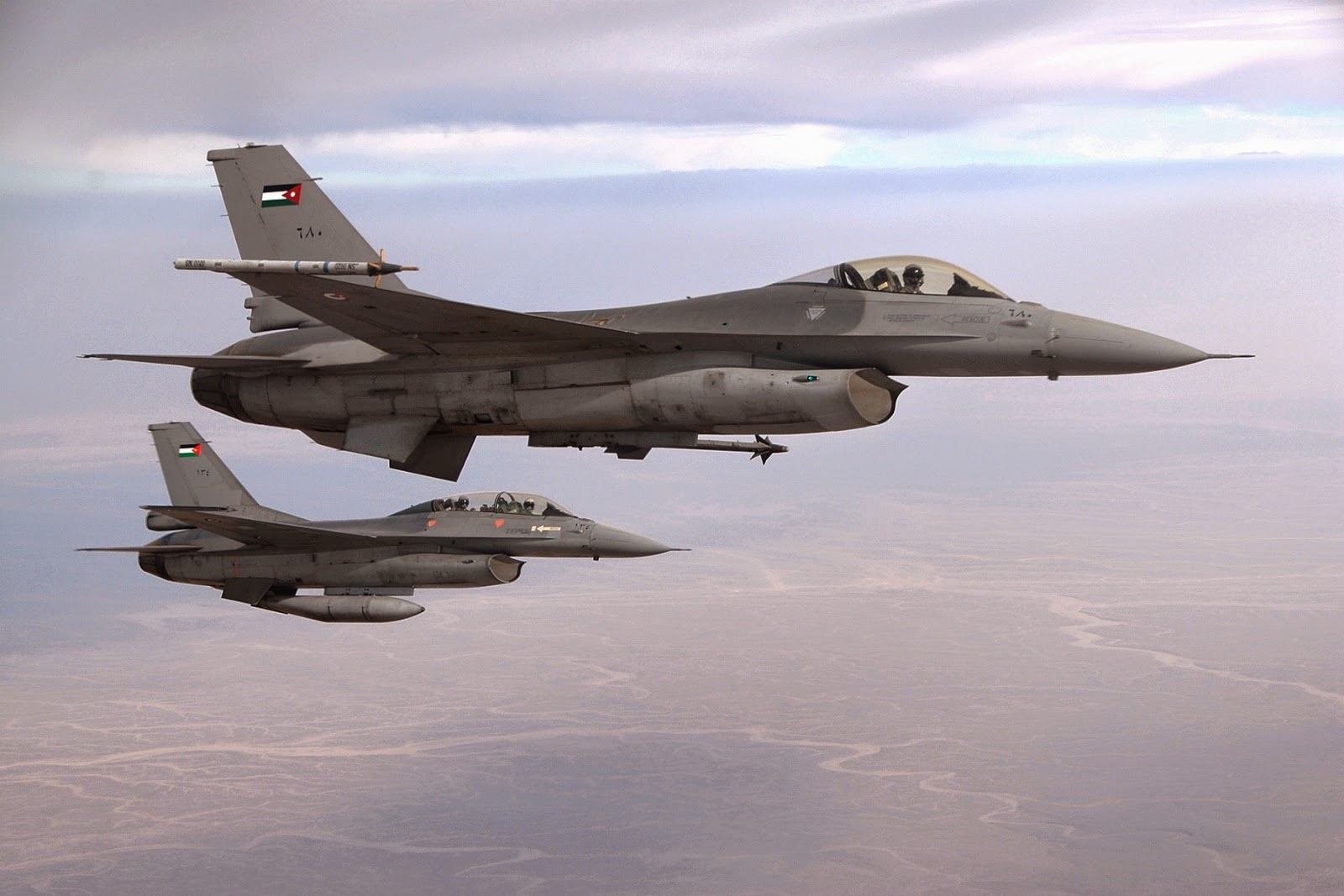 Royal Jordanian Air Force (RJAF) F-16 fighter jets today intensified their air campaign against ISIL, carrying out airstrikes both in Syria and Iraq. The attacks came a day after King Abdullah pledged to step up the fight against ISIL after the terrorist organization burned Jordanian pilot Lt. Moaz al-Kasasbeh in a cage and released a video of the killing earlier this week.

The airstrikes against ISIL positions inside Iraq came as a surprise, as it was thought that Jordan only targeted the insurgents in Syria. But Jordanian Foreign Minister Nasser Judeh told Fox News today that Jordan has indeed carried out strikes inside Iraq before and today’s attacks were just an intensification of its military campaign against ISIL.

After returning from their mission, the warplanes roared overhead as King Abdullah was paying a condolences visit to the family of the late pilot in his village in southern Jordan. Associated Press reported that the king pointed at the planes as he sat next to the Lt. Kasasbeh’s father.