Major Military Operation Believed to Be Directed by Quds Force 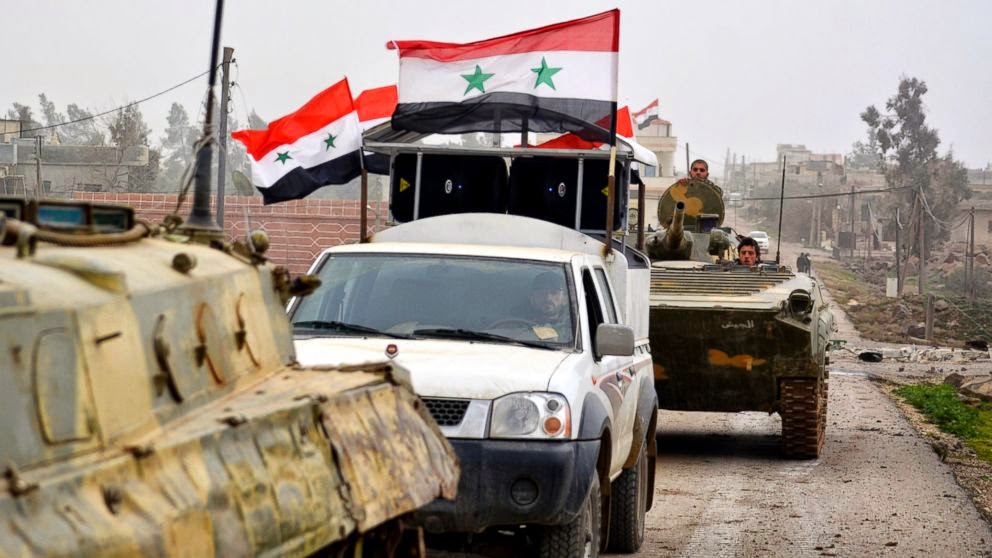 “Regime troops and their Hezbollah-led allied are advancing in the area linking Daraa, Quneitra and Damascus provinces,” the Syrian Observatory for Human Rights reported today.

A field commander told Syrian state TV: “The military operation launched by the Syrian army in the south continues under the leadership of President Bashar Assad and in cooperation with the axis of resistance – Iran and Hezbollah.” (Asharq Alawsat/ABC, 12 February)

The area captured today by Syrian government forces and its allies are close to the Israeli-occupied Golan Heights. 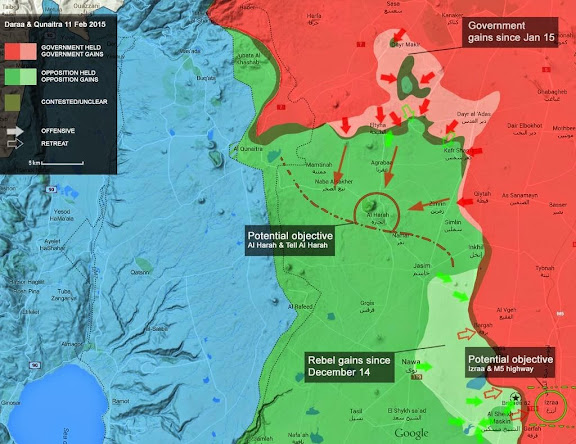 doesn't matter if they can advance. it's a question of whether they can hold territory and control it.

unlikely that they can unless Iran commits greater amounts of men and treasure.

where will the Assads get the revenue to sustain the dictatorship, even in its reduced state?

It does matter to advance, otherwise you cannot hold and eventually control a territory. The government does face financial difficulties, but it's fighting an opposition so divided that the infighting among them is the norm. If the government has not been more successful so far it is because of the weakness of its military and leadership.

The government efforts in the recent fighting in the south have been bolstered by the strategic and operational leadership of Iran's Quds Force, and the spirited Lebanese Hezbollah fighting force, along with Iraqi and Afghan Shia militias. This source of strength, having the Quds Force and thousands of ideologically motivated foreign fighters at its side, could also be the government's weakness in the long run: No country can rely on foreigners to fight its fights. In the south, the subject of this post, Assad has been reduced to an observer of a military campaign organized and managed by foreign forces on his country's territory.

having the power to advance does not imply that you have the ability to hold, Nader.

the US military had the power to go wherever it wished in Iraq, but not the manpower to control the territory it had AND that it advanced on.

I never said that holding territory is not vital. I said it does matter to advance in your response that the recent advances by pro-Assad forces into southern Syria were not all that important. They are important. It is a necessary step, although not enough.

good enough, we can agree on "necessary but not sufficient".