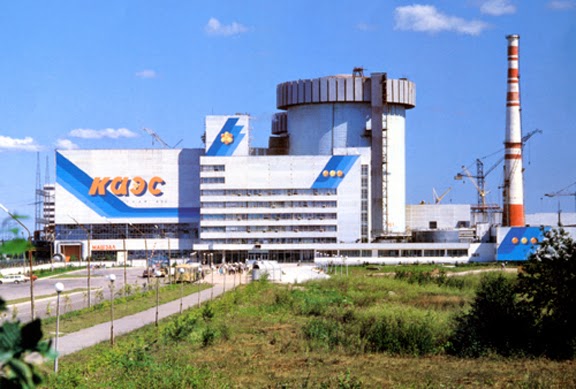 
Russia plans to sign a contract with Iran this year to build two more nuclear reactors at its Bushehr power plant as part of a broader deal for up to eight reactors in the Islamic state, a source close to the negotiations told Reuters on Thursday.

"Russia and Iran may sign an intergovernmental agreement this year on building from four to eight nuclear reactors, and, under the deal, the contract for the construction of the first two reactors as additions to Bushehr," the source said.

Russian state nuclear corporation Rosatom said earlier it was in talks with Iran on the potential construction of more reactors there but revealed no details. Rosatom officials could not immediately be reached for comment on Thursday.

For many years now the Iranians have been openly stating they fully intend to have an industrial-scale civilian nuclear power program. They've even declared an intent to build ten more reactors.

It is unclear if the above comments from an unidentified source are indeed accurate or if there is some Russian lposturing taking place on the world stage, given the ongoing nuclear talks in Vienna, the issue of Ukraine and sanctions, as well as Sino-Russian economic announcements this week at Shanghai. That said, new export sales of nuclear reactors to Iran would represent a boon to the Russian nuclear industry.

It's regrettable American business interests are prevented from making sales to Iran. Like their recent sales to the People's Republic of China, Westinghouse would do well were it given the chance of ten more sales of AP1000 reactors to a new customer that otherwise might be the Islamic Republic of Iran. What's required is the same level of political courage displayed by President Nixon back in 1972, that decades later made such recent sales possible of American nuclear reactors to the People's Republic of China. 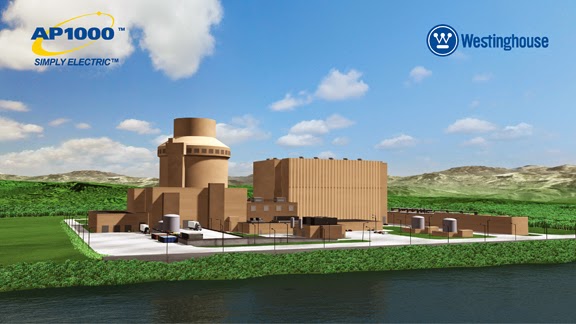 Above: Westinghouse AP1000 nuclear reactor
Posted by Mark Pyruz at 2:03 AM

the ukrainr crisis was a gift from god to iran.
for russia ma EU the better Partner , but after all in Ukraine the Iran and China are favorite
now the russia and iran are coming very close, additionally the new nukes are the best reason to have 100,000 Centigues. the fule must be provided by iranian and you can not make it with only 3-4000 Centrifuges.
of course we need S-300 to protect this plant. so it means some new weapon-deals with russia will happen.

It is very important for Iran to diversify its sources of energy, and having a solid nuclear power industry is an important step for the country, and these eight reactors, plus the existing Bushehr will provide a great beginning.

Also important, Iran was much better off to diversify the sources of its nuclear technology. As is, Iran will be dependent for decades to come on Russian technology. And because of ideological and political considerations, the country will be shutting its doors to technology from the West. The ideal was to have a mixture of the two, and not be dependent on any single country. Solely trusting the Russians with creating nuclear power technology for the country would be a recipe for future problems, such as delays due to political convenience, etc. As is the case with the sale of S-300.

BTW, as part of the deal, the Russians will also supply the fuel for each reactor for at least 10 years. Considering the long time its would take to build these reactors, added to the period Russia will provide the fuel, then Iran will not need to produce its own fuel for decades to come. Ironically, this last consideration would undermine Iran’s argument at the Vienna nuclear talks that it would need huge numbers of centrifuges now to produce fuel for its future reactors. The timing of this contract with Russia was not good for Iranian negotiators.

Nader UskowiMay 23, 2014 at 8:53 AM
Its funny how on the one hand you say that "trusting the Russians with creating nuclear power technology for the country would be a recipe for future problems",yet you then go on to say that iran doesnt need indigenous enrichment because it can simply rely on the russians to provide the fuel for its reactors "for decades to come".The simple truth is that the russians have repeatedly shown themselves to be anything but reliable suppliers and iran far from not needing indigenous enrichment will in fact need to have a considerable indigenous enrichment capacity and fuel stockpile just in case the russians get up to their old tricks again and iran is forced to fuel its reactors itself,this also does not take into account irans desire to produce its own reactors for which it will need to find or produce the fuel.If aything the timing of this possible contract only strengthens irans claims to need indigenous enrichment,unless of course the west is willing to supply iran with fuel[that was sarcasm by the way]

Nothing funny about it. Three serious points: (1) The contract Iran will sign with Russia includes delivery of reactor fuel for 10 years after each reactor is operational. That amount of fuel will be available; in fact Iran will have purchased the fuel as part of the cost of building those reactors. (2) Iran will not give up its enrichment technology; and I am calling even for higher technology in the form of installing the most advanced centrifuges; (3) A final comprehensive agreement will have a definite end date, which I expect to be shorter than some 25 years it would take to build those eight reactors and have the fuel available in their first decade of operations. At that time Iran could simply expand its enrichment capacity, bearing in mind that during all the intervening years it would still enrich uranium, probably with the most advanced machines available, so no shortage of technology or practice.

These discussions would not have taken place if Iran and the West had a non-hostile relations. But there we are with this type of relationship. Recognizing that fact, then we have to find the best way for Iran to maintain its technological advances, while at the same time limits the volume of enrichment it would not need in the next 25 years or so. And Iran has said many times it will not make a bomb. This solution/compromise makes perfect sense.

Can Russia renege on their contract. Yes. By delaying the construction. But Iran is already taking that chance into consideration and will be signing this huge "historic" contract with them. Iran cannot argue that they trust Russians to deliver the eight reactors on time, but they don't trust them to deliver the fuel it has already sold to Iran. You can not talk with both sides of your mouth!

Germany who was payed billions by the Shah reneged, so did the French. Theyve shown themselves untrustworthy business partners. One can pull out of a contract but still should pay the customer back the money that was payed for a service.

Gareth Porter, goes into this quite well, why controlling its own fuel cycle is essential
http://consortiumnews.com/2014/05/20/why-iran-wants-its-own-nuclear-fuel/

Anon 1:11 PM
Your comments trump out, many if not all, arguments of some previous commentators.

There is one final conclussion, that as long as the Islamic Republic will be in place, noone who cares about Iranian true progress, can trust the West, unless the US and west will prove otherwise FIRST...........

Russia plays its own game, which may be seemingly harmful to Iran at first look, but it also creates some (partially unintentional) benefits such as higher oil prices, stalling an attack against the Islamic Republic by her enemies, and provides necessity for Iranian military and scientists to create (or attempt to learn) their own desiigns and solutions, before Russian deliveries.
That kind of situation also benefits Iran, because it develops, or prepares, foundations for advanced domestic military industries and scientific cadres....

If Iranian government was so much concerned that Russia would renege on its contract to build eight reactors and provide their fuel, would it have signed the agreement at all? Let's be realistic. This is the contract Iran has agreed to, and the possibility of Russia reneging on it should not be used as an excuse to back off from any compromises with the West on the scope of enrichment program.

Gareth Porter is stating that Iran wants ownership of its full fuel cycle. Iran will have such ownership with or without a compromise on the numbers of centrifuges in operations under any final agreements.

Iran does not need a second nuclear reactor the 1 at Bushehr is good why waste a lot of money on something that Iran already has.