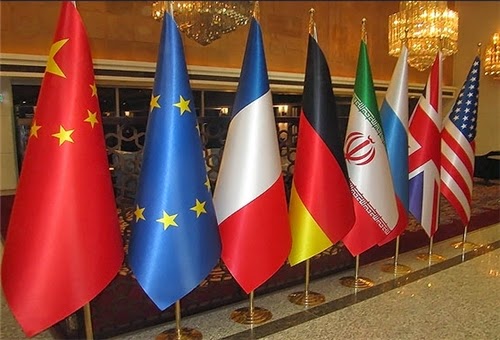 Iran and the world powers started the most tangible and decisive phase in their nuclear talks today, drafting a comprehensive agreement on the future of Iran’s nuclear program, and ending economic sanctions against the country.

In today's session, as well as in two more sessions scheduled for 10 June and 8 July, the two sides need to resolve very difficult and sensitive issues to have a final agreement ready before the 20 July expiration of JPOA, the interim agreement that went into effect in January.

The issues being discussed today include the future of Iran’s enrichment capacity - the number and types of centrifuges that could be operating and the stockpile of enriched uranium at 3.5 and 20 percent purity that Iran could maintain. Both issues are contentious, with sides far apart. On number of centrifuges, Iran says that it wants to increase its current inventory from 19,000 to 50,000; the P5+1 is looking at numbers closer to 5,000-6,000 range. On the stockpile, Iran does not want any limits on its stockpile of 3.5-percent enriched uranium, the P5+1 wants a very low limit.

The two sides are also drafting parts of agreement dealing with Arak IR-40 heavy water reactor, which is under final phase of construction. The IR-40 will produce large volume of plutonium, enough for 1-2 bombs annually. The P5+1 wants to limit the plutonium production to a minimum. On this issue, the two sides appear to be much closer to an agreement, through a change to the reactor’s design to have  much less power output and the use of enriched uranium as its feed. Such changes would cut the level of plutonium produced significantly. There are also discussions on the use of light water, instead of heavy water, as the reactor’s coolant and moderator, cutting further the level of plutonium that could be gained.

Other issues discussed today, but mainly in future sessions, include the transparency of the program and the extent of IAEA’s inspections of nuclear sites, declared or suspected; weaponizations issues; duration of the final agreement; and of course the sanctions relief. There are serious disagreements on all these issues.

“Quite frankly, this is very, very difficult,” a senior U.S. official told reporters on the eve of the talks, speaking on condition of anonymity.

“I would caution people that just because we will be drafting it certainly does not mean an agreement is imminent or that we are certain to eventually get to a resolution.” (Reuters, 14 May)

UPDATE: The plenary session scheduled for Wednesday evening, which was to start the actual work on a draft agreement, was postponed until Thursday. An EU spokesman said the two sides needed more time to consult their capitals. Earlier in the afternoon, the two sides met for 2 hours, with each side outlining its general positions on the issues.  It was not clear what specific issues forced the postponement of tonight's session, that required the Iranian foreign minister, or other heads of delegation, to consult with their capital.