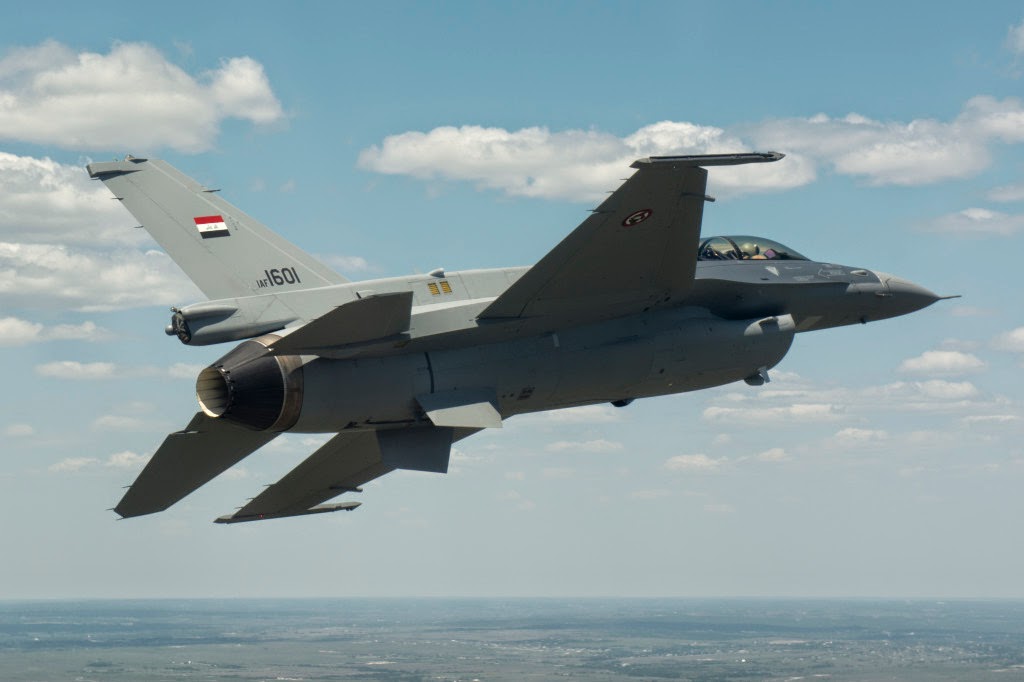 The First Iraqi Air Force F-16 makes its inaugural flight from Lockheed Martin’s assembly plant in Fort Worth, Texas. This is the first of 36 F-16s ordered by the Iraqis.

F-16s has built a reputation for being a versatile 4th generation multi-role fighter. Lockheed has delivered 4,540 F-16s to date. Its production line is expected to continue through 2017.

That 4500-plus figure includes periods before mergers where the F-16 was initially designed and produced by General Dynamics.

Nearing delivery is good news for Lockheed Martin and Iraq.

I appreciate that this blog also covers events happening in Iraq. Many events that takes place in both Iran and Iraq are inter-linked and can have an impact on different levels for decision makers in respective country.