Maliki Wins Most Seats, But Falls Short of A Majority 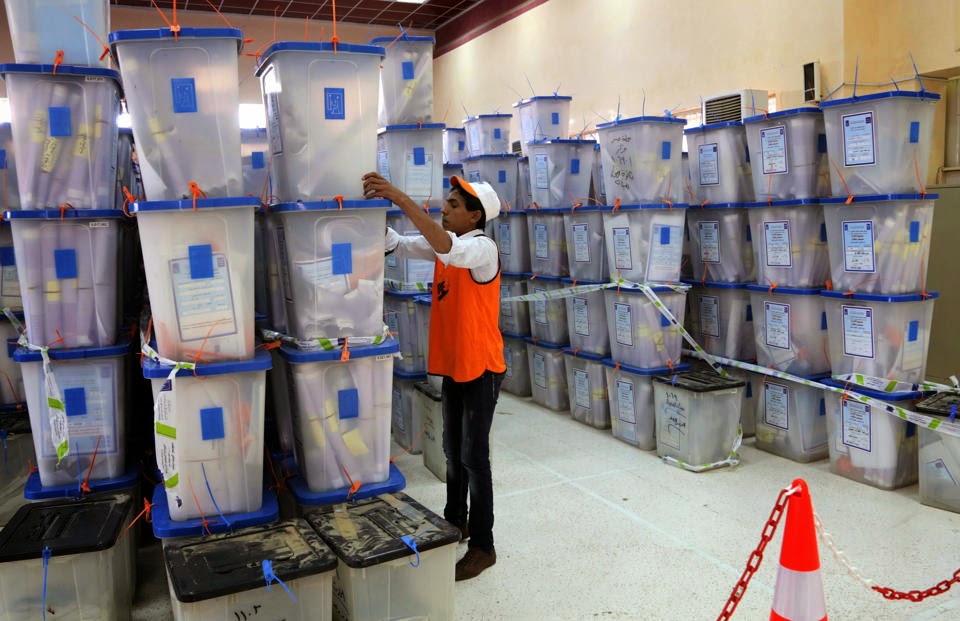 Iraqi Prime Minister Nouri al-Maliki’s Shia-led State of Law coalition has won 92 seats in Iraq’s 328-seat parliament, or 28 percent of the seats. The parliamentary elections were held on 30 April and the final results were announced today.

Maliki will now try to form his third government. But strong opposition from Hakim and Sadr as well as some Sunni and Kurdish groups might prevent him from doing so. Already all major players with large number of seats are meeting to form a working coalition in the next parliament.

62 percent of the 22 million eligible voters had cast ballot in the first parliamentary election since the withdrawal of U.S. troops in 2011.

Photo credit: An electoral worker in Baghdad. 4 May 2014. (Khalid Mohammad/AP)
Posted by Nader Uskowi at 7:35 PM