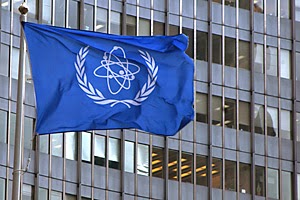 Iran and IAEA held a meeting on Monday in Vienna to continue their discussions on the contentious issue of the existence of a possible military dimension to Iran’s nuclear program in the past, Reuters reported. The outcome of talks could affect the all-important Iran-P5+1 talks, also in Vienna, that will start on Tuesday.
IAEA, as part of an ongoing investigation, wanted Iran to provide full information about alleged work on fast-acting detonators that could be used to set off a nuclear explosive device. The work reportedly took place at Parchin military complex near Tehran.

Under a transparency and cooperation pact agreed with the IAEA in November, however, Iran was to take seven measures by 15 May to remove all ambiguities about its nuclear work, past and present - One of the steps agreed on was further clarification from Iran about the devices, the so-called Explosive Bridge Wire (EBW) detonators. IAEA had said before today’s meeting that the information provided by Iran on EBW detonators had not resolved the issue.
Contrary to usual practice, Iran and IAEA did not issue any statements at the end of their meeting today; raising speculations that IAEA is still not fully satisfied with the information it was given. Iran could be also buying time to cut a final deal with P5+1 before disclosing any alleged past weapons work. A comprehensive final agreement, if achieved, would probably make IAEA’s investigation moot.

File photo: IAEA flag at its Headquarters in Vienna (IAEA)
Posted by Nader Uskowi at 3:00 AM

It is the Iranian position that all seven measures have been taken. From their perspective, it is beginning to look like the past where they have made concessions, taken confidence measures and gone well beyond their Safeguards Agreement and the mandate of the IAEA, without success in having their "file" normalized.

For an empathetic rendering of such, suggested reading is "Going to Tehran" by the Leveretts.

For objective renderings, suggested reading is "The Age of Deception: Nuclear Diplomacy in Treacherous Times" by Mohamed Elbaradei, and "Manufactured Crisis" by Gareth Porter.

The important historical work you have mentioned above might not be of much relevance here. Iran and IAEA signed a new pact last November, which included a new commitment by Iran to cooperate with IAEA’s investigation on the detonators. Obviously, by signing the new pact, Iranians did not believe it was looking like the past. I am not sure on what basis you state this was their perspective. They would not have signed the pact in that case.

There are consequences when you sign a pact. Here, the IAEA inspectors visited Iran and held talks with AEOI officials, including the latest round yesterday in Vienna. That’s the meeting that is referenced in this post. It appears IAEA is not satisfied with the information provided to date. Now could it derail the P5+1 talks? Iranians are probably hoping that it would not and the issue becomes moot after a final agreement is reached. And they might be doing this to prove Porter and Leveretts right!