A Visit Amid Increasingly Tense Relations between Iran and Pakistan 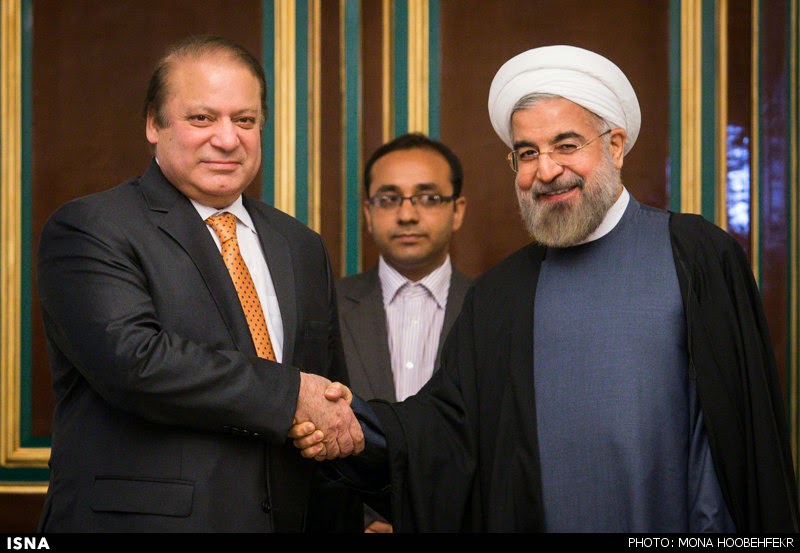 Pakistani Prime Minister Muhammad Nawaz Sharif arrived in Tehran on Sunday on a two-day visit to meet with senior Iranian leaders. Today he met with President Rouhani and Ayatollah Hashemi Rafsanjani, the de facto leader of the moderate and reformist bloc, and would later meet with Ayatollah Khamenei, the country’s supreme leader.

Pakistan is increasingly becoming close to Saudi Arabia, Iran’s chief rival in the region, a fact that is of major concern to Iran. Iranians suspect that its heralded project to build a gas pipeline to Pakistan was cancelled by the Pakistanis because of pressure from Saudi Arabia.

Iran is also starting a major transportation project with India, Pakistan’s chief rival, with bilateral implications. The Indians will invest in the Iranian port of Chabahar transforming it into the main facility for handling the expected huge volume of iron ore and other minerals carried from Afghanistan through railway link to the port for transshipment to India and other Asian destinations. The Indians are one of the main investors in Afghanistan's burgeoning mining industry. The move would deprive Pakistan’s port of Gwadar, in near proximity to Chabahar, from becoming the gateway for Afghan mineral exports.