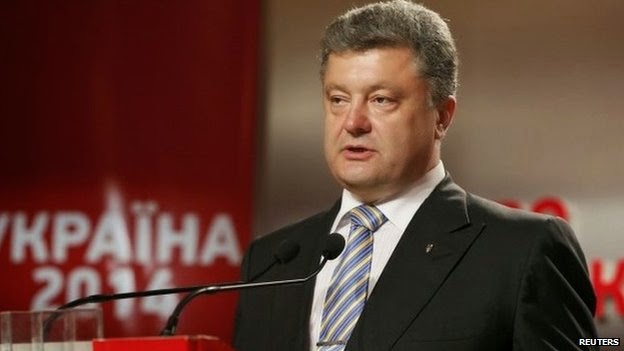 Ukrainian business tycoon Petro Poroshenko has claimed victory in the country's presidential election. Exit polls show that he will receive 55% of the vote.
Announcing his victory, Poroshenko promised to forge closer links with the EU and restore peace in restive eastern regions, where pro-Russian separatists disrupted voting. Poroshenko has also said he would never recognize Russia's annexation of Crimea.

The apparent president-elect promised he would support a parliamentary election in the country later this year.
Photo credit: Petro Poroshenko, expected to win Ukraine’s presidency (Reuters)
Posted by Nader Uskowi at 1:30 PM

He owned Roshen company in the RF, and is a good friend of Israel.