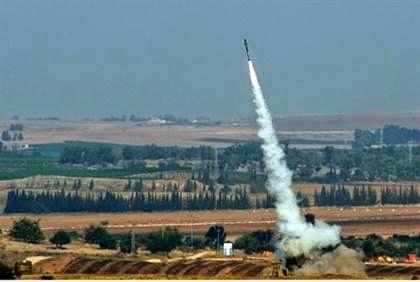 The Israeli Defense Force (IDF) and the U.S. military conducted a large drill on Sunday, simulating a multi-front missile and rocket attack on Israel from Gaza, Lebanon, Syria and Iran. About 1,000 American troops stationed in Israel and more than 4,000 Israeli soldiers took part in the exercise. (Channel 2/Arutz Sheva, 18 May)

The exercise reportedly tested various scenarios, including one involving U.S. Patriot missiles and Aegis-class ships defending against any incoming ballistic missiles. Also tested, were scenarios in which missiles and rockets are fired in large quantities from many different arenas.

Israel also rehearsed the use of its Arrow missiles, as well as Patriots, the Iron Dome and Magic Wand systems. The Magic Wand is at development stage.

At the same time, hundreds of American troops are practicing a similar exercise in Jordan.

Years of arms-race in the region has ensured that mutual destruction will be dealt to all sides, if the long-standing indifferences lead to a military conflict. The on-going rearmament by all sides actually serves to deter any of the involved parties from launching a pre-emptive military assault on the other.