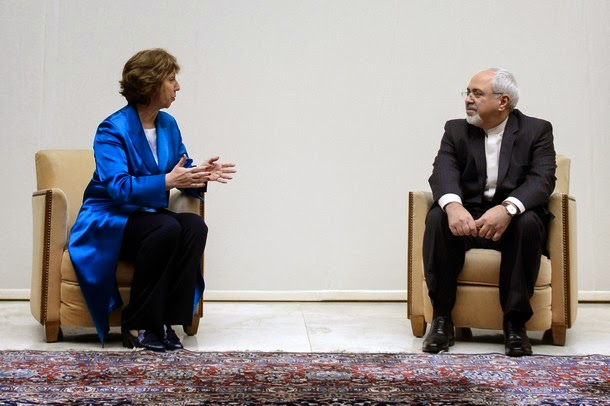 Iranian Foreign Minister Javad Zarif and EU foreign policy chief Catherine Ashton arrived in Istanbul on Monday morning for unannounced talks on the nuclear agreement. They have already held their first meeting and there are indications that the talks could resume on Tuesday.

Iran and P5+1 are working towards the 20 July deadline to complete an accord; however, the talks stalled on 16 May meet, denting hopes that the July target date could be met.

UPDATE: Zarif and Ashton will meet again on Tuesday at 9:00 AM Istanbul time.

Only 56 days until the deadline after which, in the least, the House and Senate would have every right to impose even more crippling sanctions on the Iranian regime and, perhaps, we could even see the regime's numerous military "achievements" tested in battle.

Khamenei in his speech said some people accuse the Islamic Republic as warmonger, but he didn't mean commentators like you, but parts of Iran's political class that believe perpetual anti-West struggle, or "combatting" as Khamemei called it, is in effect a form of warmongering. You on the other hand represent warmongering from the opposite view. But at the end of the day, your views and those of Iran's hard-right merge as one: Regarding war and "combatting" as the preferred approach.

I do not believe there is anything wrong with attacking, killing and vanquishing the world of evil.

But again, if you are truly not afraid of the regime and don't view them as evil, then please go and live there for a while and write your blog from inside that country so that the devils can educate you on what they are.