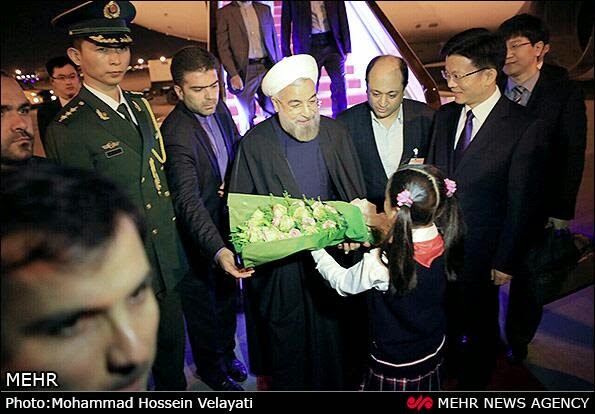 CICA is the brainchild of Kazakh President Nursultan Nazarbayev, formed to enhance linkage between Asia and the rest of the world on issues of peace, security and stability.

The guard-thug on Rouhani's right shoulder looks like he is ready to kill the little girl.

Is your comment permitted under special circumstances, because it amounts to a primitive propaganda (personal attack or slander ??) and has nothing to do with the "theme"

I am wondering what the "-A"; if he/she is not too busy, as well as others think about value of your "comment' ??

You ain't a moderator here, last I checked.

Judging by the Brazil swimming pool incident regarding the IRI "diplomat" I doubt it.

These IRI supporters are control freaks.

@Yossarian, It was a rather crass and crude comment to just label a simple security agent a thug. There is nothing ominous in the photo just a girl presenting flowers and the agent trying to take them off the President's hands which is general protocol. Making senseless comments and meaningless hyperbole really does not show a high degree of intelligence or awareness.

All believers of IRI regime are either internet thugs or street thugs.So much for so-called "intelligence or awareness".

yossarian, why so much hate ?