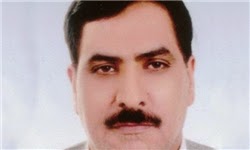 A book being published Tuesday will say that a senior former Iranian intelligence officer who masterminded the 1983 bombing of U.S. embassy in Beirut was given asylum by George W. Bush administration in 2007 after he defected in Turkey, Newsweek reported today.

The Good Spy, a biography of Robert Ames, a legendary CIA officer who was killed in the embassy bombing, identifies the Iranian as IRGC Brigadier General Ali Reza Asgari and says he was recently living under CIA protection in the United States. The book is written by Pulitzer Prize winning author Kai Bird.

General Asgari was a former deputy defense minister of Iran. He had also served as the senior IRGC commander in Lebanon and was credited with being a key actor in the formation of the Lebanese Hezbollah.

Asgari reached the rank of brigadier general in 1997 and became the deputy defense minister. In 2004, he fell out of favor, for reasons not fully revealed, and was jailed for 18 months. In February 2007, he traveled through Damascus to Istanbul, where he disappeared.

“The decision to give Asgari political asylum under the CIA's Public Law 110 program was probably opposed by veteran CIA officers who have some knowledge of Asgari's alleged responsibility for Roberts Ames’s murder,” Bird writes. “But they and the agency were reportedly overruled by the George W. Bush administration's National Security Council (NSC).

“Some of President Bush's NSC advisers evidently believed that the intelligence Asgari brought to the table on the Iranian nuclear program was essential to the national defense,” Bird added.

I feel this information is coming out now to counter the effect of recent articles on Gareth Porter book " Manufactured Crisis: The Untold Story of the Iran Nuclear Scare" in Al jazeerah and elsewhere. For a while it was on the top of the news just before the 5+1 meeting.

So, did he defect? Or was he kidnapped?

So as a terrorist mastermind who killed dozens of Americans, he was not brought to justice. so long as he serves their purpose, the US gov will protect in exchange for some tidbits they could get otherwise. Reminds me of them removing the MKO from the terrorist list when it suits them They removed saddam from the list and became his friend all out of convenience. So much for bringing them to justice
https://www.youtube.com/watch?v=vxmxL_CcxK8