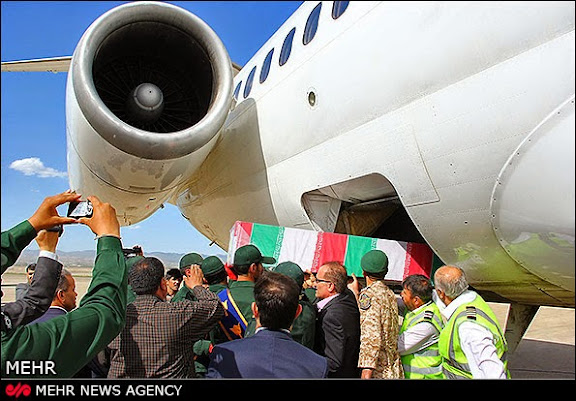 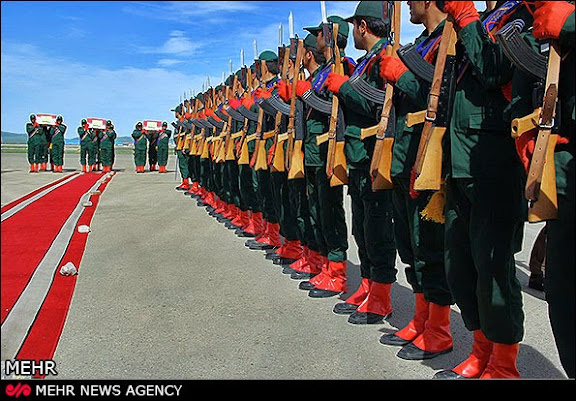 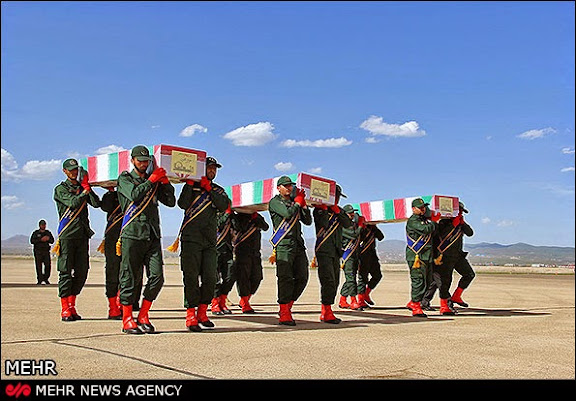 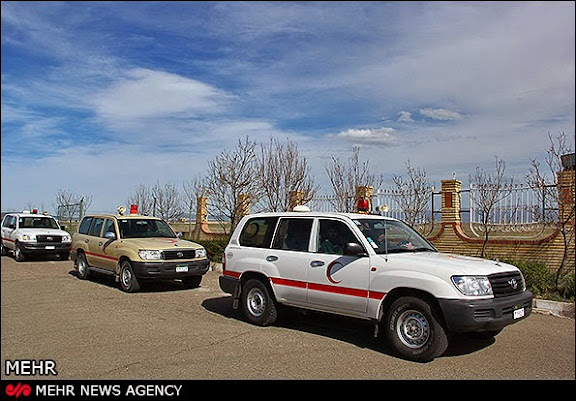 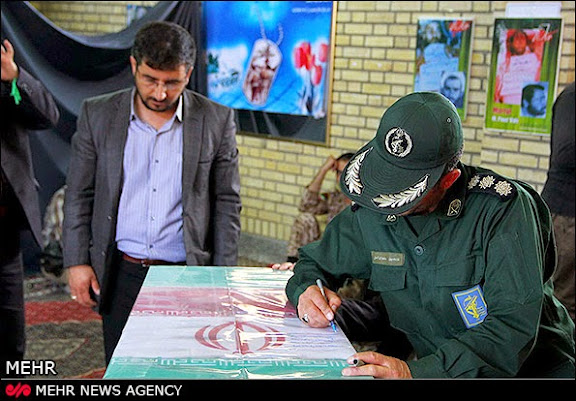 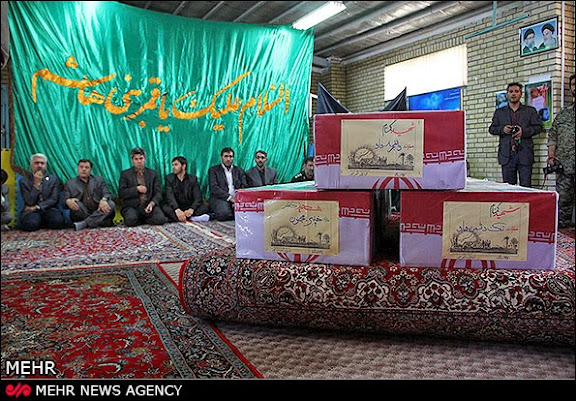 Remains of three unknown soldeirs of the Iran-Iraq War, placed in honor

Photos: Mehr News Agency
Posted by Mark Pyruz at 2:00 AM

This week's coverage seems to be the week for Iran-related military funerals.

The IRGC are usurpers.

Welcome back Home true heroes standing up to the Crazy Saddam and his invading Army...RIP..

Yeah,but don't forget the invading army (Iraqis) are mostly in the islamic government in Tehran. Those poor soldiers fought for a bunch of traitors in disguise. May their souls come back and haunt those traitors in power.