Half of Iran's Grounded Airplanes Are Irreparable - ICAO 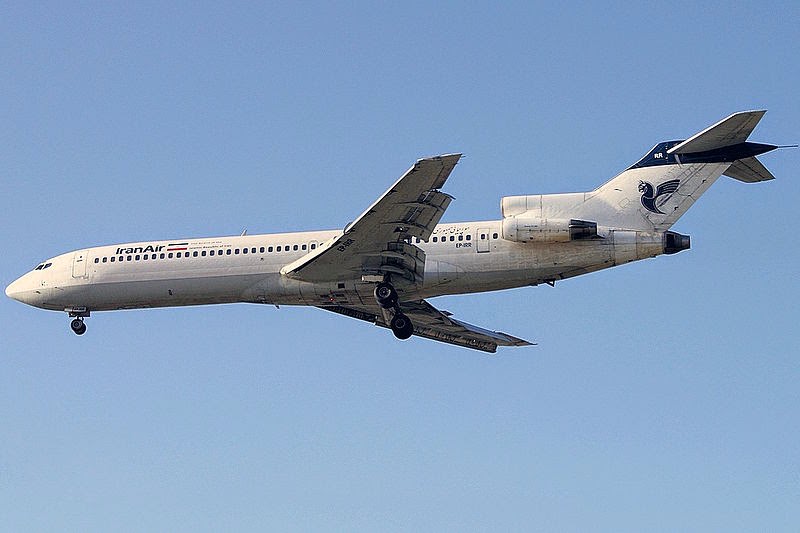 Director of Iranian Civil Aviation Organization Alireza Jahangirian said in Tehran that 100 airplanes in the country’s fleet are grounded, with half of them irreparable, IRNA reported today.

“Age and depreciation were the main reasons for grounding the planes,” Jahangirian said. (IRNA, 17 May)

Under JPOA, the interim nuclear agreement with world powers, Boeing and General Electric have received license from the U.S. Treasury to export plane parts to Iran. It was reported earlier that the representatives of the two companies have met with Iran Air officials after obtaining the license, but no details were available.

Iran needs 400 new civilian aircrafts and no other companies than Boeng or Airbus can satisfy that need. Even China and Russia which are US main competitors are buying aircrafts from these Western companies. Is Iran trying to say it is more advanced than Russia and China? Is Iran trying to be more of a threat to US than China is?

It is important than Iran starts a realistic political path and stops playing the game the radicals in Iran wants it to play. Iran is a regional power but it is not a global power due to many reasons. As such it needs to have a dialogue with global powers, no only Russia or China, but also EU and the US in order to benefit as much as possible.
It is stop Iran no longer can repair these old planes. If it was heroic to overhaul them in the 80's and 90's it is only stupid and counter-productive to keep aged and ancient technology alive. It is counter-productive because your young technical staff and flight staff are not exposed to state-of-the-art technology and do what their grandfathers did and as such can not update their knowledge to world standard and it is stupid as the total cost of operating these planes is getting increasingly high due to human loss as they crash.
It is like asking all your computer programmers now to use MS-DOS 1.0 and Basic language released in 1980 for developing software. Is that possible today? how ridiculous wouldn't that be? It is the same analogy with these flying machines.
Iran should do whatever it is required to get new aircrafts (and I mean new ones, 15 year old second hand jets are not good anymore) from Airbus or Boeing and if that doesn't work, it should go to Embraer or Sukhui, but it needs to modernize its fleet today!

Embraer uses Western engines. So will the first generation of Chinese airliners coming on-line between now and 2023. Russia is the only real option, and they have been proven very unreliable as suppliers to date. The only other option is that Iran use locally built copies of J-79 or something along those lines. By doing so, any airliner will be effectively non-sell-able or even flyable in most foreign markets, for environmental and efficiency reasons.

good
do you want realy fly with a Boeing from 1970 ?
why Iran should purchase spare part for old plain ?

Out of these 100, quite a few are older Russian types against the law in Iran to operate as passenger aircraft.

More and more the Iranians have turned to wet-leasing as a means of sustaining regional air travel.

Iran still maintains air transportation services to Europe and Asia with older Boeing and Airbus aircraft.
Really, the big business potential for EU and the U.S. is sale of new aircraft to Iran, which is possibly the reason for these comments by Director of Iranian Civil Aviation Organization.