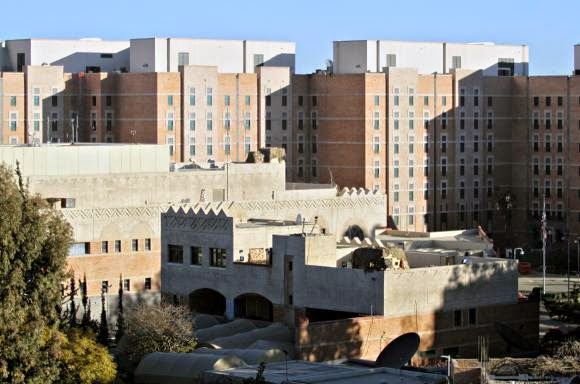 The United States is closing its embassy in Yemen because of unstable and tenuous nature of the security situation in the country. (Reuters, 10 February)

In September, Houthi militias captured the capital city of Sanaa and last month they occupied the presidential palace, driving President Abd Rabbu Mansur Hadi and his government to resign. On Friday, the Huthis imposed a presidential council to replace Hadi and dissolved the Yemeni parliament.

Yemen now risks descending into a civil war, pitting regional, tribal and sectarian rivals against each other. Between 1967-1990, the southern and eastern provinces were independent of Sanaa, ruled by the pro-Soviet People’s Democratic Republic of Yemen, or South Yemen, with Aden as its capital. They united with North Yemen in 1990, but seceded from it in 1994 after complaining that the northerners did not abide by unity provisions. North Yemen then occupied the south after a bloody civil war. With recent developments in Sanaa, especially with dismissal of Hadi as the country’s president (Hadi is a southerner), there is an increasing risk of another full-blown civil war if the south seceded from the Huthi-controlled North.

Regionally, the recent developments could intensify tensions between Iran, which backs the Huthis, and Saudi Arabia, which opposes the armed Shia group.

For the Islamic Republic, this is the first attempt at a regime change in the region, with its allied group overtly taking charge of the government by force.

UPDATE: The staff of the embassy had been getting rid of documents and weapons in the past few days before abandoning the building, Reuters reports.

UPDATE II: Employees at the British, French and German embassies had also been destroying and ready to close their missions in Sanaa. British and French embassies were reported closed on Wednesday.

A very wise move by western embassies.Could the same thing be said as regards the IRI embassy? Only time will tell.

Iranian-supported Huthis just took over the country, the first regime change supported by the Islamic Republic. Why should they close the embassy? It would be a very busy embassy these days.

That's right they have taken over the country.But for one minute haven't you asked yourself this,that there is a slight possibility that non Huthi members of the Yemeni population are going to retaliate against a soft target like the IRI embassy?