U.S. Is Said to Consider Selective Airstrikes on Iraqi Insurgents 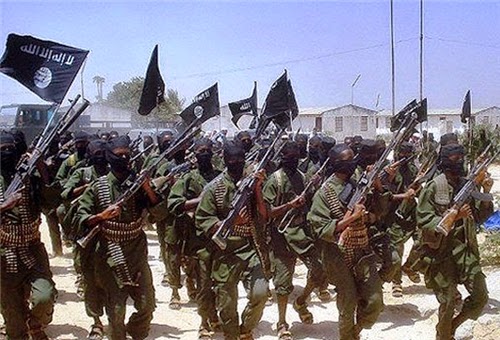 President Obama is considering a targeted, highly selective campaign of airstrikes against Sunni militants in Iraq, the New York Times reported today. Such campaign would use drones and could last for a prolonged period, an official told the Times. But the strikes, if ordered, would be limited in scope and planned not to cause casualties among the civilians. The ISIL-led insurgents intermingle with civilian population in Mosul, Tikrit and other cities where they operate. Gathering adequate intelligence about the locations of the insurgents would be the key first step, making the air strikes not likely to begin for days or longer.
Notwithstanding any limited air strikes against the ISIL, President Obama is continuing to emphasize an internal political solution to the problems. The United States is also consulting with regional countries, including Iran, on various diplomatic options.
Meanwhile, the Pentagon spokesman said there were signs that the advance by ISIL-led insurgents toward Baghdad has slowed down.
“We’re seeing indications, certainly, that Iraqi security forces in and around Baghdad are stiffening themselves,” said Rear Adm. John F. Kirby, the Pentagon press secretary. “They’re being assisted by Shia militia members. And it certainly appears as if they have the will to defend the capital.” (NYTimes, 18 June)


File photo: ISIL fighters in Iraq
Posted by Nader Uskowi at 8:03 AM

This is a quagmire for Iran if they sends boots on ground. This is Iraqi shias call to defend themselves. They should have now learnt their lesson what happens to them when they drop their guns and run away.

a country defended by private militia is a country already lost

-You have to admire the AL QAEDA fighters for their resilience and prowess in routing the US trained Iraqi army and effectively throwing a red flag to IRAN.FOR the salafi militants to defeat a whole military is no problem seeing that it has been said before that this rag-tag army has in its rank and file hard core Chechen and Taliban fighters together with remnants of Saddam's Republican Guards.BUT the story does not end there!.the US wants to kill al-qaeda in Iraq how and why?-

@-How do you kill militants in Iraq by airstrikes ,branding then terrorists but when the same elements do the very same thing in Syria, the US laughs,supports;pledges to help, trains !!.

@-There is no way in hell a group with no backing can have access to sophisticated Western military tools-these are US trained Saudi commandos armed with superior tools than the Iraqi military.Where did they get to have these weapons ?

@-The Saudis and some GCC countries that supported the insurgency in Syria, are very bitter for the defeat there,so the only way to give Iran some revenge is to topple the Iraqi Government BY ALL MEANS necessary

yet all these happenings are monitored by the BOD crying like a crocodile as the middle East slowly goes up in flames.
-

I detect panic in your assessments. You first admire Al Qaeda-type militants for their prowess, then two paragraphs later you assess that the forces who could route the Iraqi army so effectively could not be just a militant fighting group, but must have been Saudi commandos trained by Americans. Are you OK?

Difficult to say but it appears the Iraqis are requesting close air support, while the prospective U.S. military orientation is more toward counter-terrorism.

It's also possible the American political decision has not yet been made to assist Iraq militarily, or that a determined political rendering is being sought in the formulation of Baghdad's government as a precondition to American application of force in the conflict.

We'll know in the days ahead.

To those that side with the valih-e-faqih. Please volunteer yourselves for duty in Iraq. Somehow I think is just too comfortable where you are.