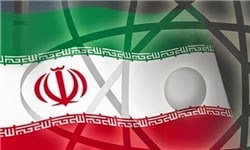 Iran is seeking a deal with P5+1 within weeks to end years of dispute over the country's nuclear program and lifting of economic sanctions, President Rouhani said today.

“The disputes can be resolved with goodwill and flexibility … I believe that the 20 July deadline can be met despite remaining disputes. If not, we can continue the talks for a month or more,” Rouhani said during a televised address to the nation.

“During the nuclear negotiations we have displayed our strong commitment to diplomacy (but even) if a deal can't be reached by 20 July, conditions will never be like the past. The sanctions regime has been broken… (But) we believe the issue can be settled by 20 July. We are very serious at the talks.”

“The West should use this opportunity to reach a final deal in the remaining weeks. American hawks and Israel will be blamed for failure of the talks,” Rouhani added. (IRIB/Reuters, 14 July)